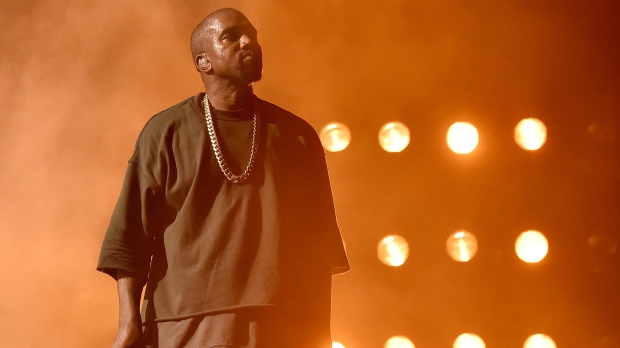 West appeared at Chicago's Soldier Field for his third listening party, where he had a replica built of his childhood home. But that was just the beginning.

Throughout the event, Kanye wore all black and had his face covered by a mask. He brought out special guests Marilyn Manson and DaBaby, who have both been under scrutiny in the news recently. Manson is facing sexual assault and abuse accusations from women, which he has denied, and DaBaby was caught up in a controversy around homophobic comments he has since apologized for.

For the final song, Kanye appeared to be set on fire.

He was then met by a bride with a veil over her face who turned out to be Kardashian West, who filed for divorce from West in February. Kylie Jenner shared the moment in her Instagram stories. West and Kardashian left the venue holding hands as the finale.

The latest listening party comes after West threw two at Atlanta's Mercedes-Benz Stadium on July 22 and Aug. 5. The rapper was also living at the stadium, trying to put the final touches on the album, dedicated to his late mother Donda West.

The album originally had a July 23 release date.