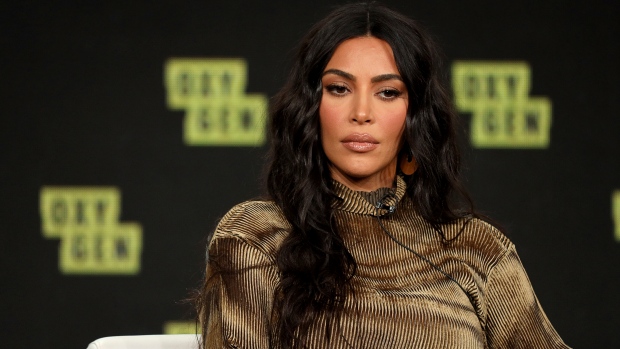 PASADENA, Calif. - Kim Kardashian West is a step closer to becoming a lawyer, having finished her first year of study as an apprentice.

She told The Associated Press on Saturday that her next step is taking the “baby bar,” so-called because it's a one-day exam. If she passes, she plans to study for another three years and then take the California bar exam.

“I'm super-motivated, and I really want to see it through,” she said in an interview after promoting a television documentary on criminal justice reform. “There's obviously times where I'm overwhelmed and stressed and feel like I have a lot on my plate. My kids know that I'm in school just like they are. It's 20 hours a week, so it is a lot of my time.”

“Kim Kardashian West: The Justice Project” airs April 5 on Oxygen. The two-hour documentary shows her being visibly moved by prison inmates recounting their stories of landing behind bars. She talks to their families and friends, lobbies public officials and consults with their attorneys as well as her own.

It features four cases, including a sex trafficking victim and a woman who murdered the family member who molested her. Each of them believe they received unfair sentences; two of them end up being released.

“Once you hear the circumstances that led them to make those decisions, your heart would completely open up,” Kardashian West told the AP. “I hope that this is a step to opening up people's hearts and minds. And then hopefully they can help with changing some actual laws that really do have to be changed.”

Vince DiPersio, an executive producer of “The Justice Project,” said Kardashian West was taking on a “fair amount of risk” by advocating for the release of prisoners.

“She is a nationally known figure, and she has a big brand. God forbid someone gets out and does something terrible, but Kim is willing to take that risk,” he said.

Kardashian West said that no one she's helped has tried to exploit her entertainment industry ties for additional assistance. At the same time, the 39-year-old reality star and beauty and fashion mogul refers them to organizations that help them find jobs.

“I love seeing the choices that they make in the exciting projects that they're working on outside,” she said.

“I'm raising four black children that could face a situation like any of the people that I help,” Kardashian West said. “So just to know that I could make a difference in my children's lives and their friends' lives and their children's lives by helping to fix such a broken system, that is just so motivating for me. I'm not doing it for publicity. I really do care.”