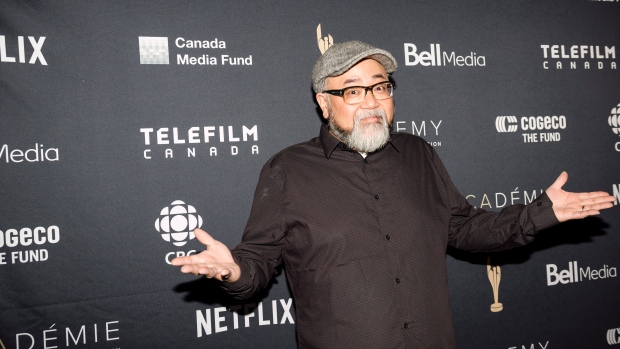 Actor Paul Sun-Hyung Lee is photographed attends the Academy of Canadian Cinema and Television's nomination event for the film, television and digital media categories for the 2018 Canadian Screen Awards, in Toronto on Tuesday, January 16, 2018. THE CANADIAN PRESS/Christopher Katsarov

The Calgary-raised actor surprised fans with an appearance in a new episode of the Disney Plus space Western series “The Mandalorian” this week.

He plays a Rebel pilot in Chapter 10 of the recently launched season 2 of the show, which is an extension of the “Star Wars” universe.

Lee plays patriarch Appa on “Kim's Convenience,” which airs on CBC and follows members of a Korean-Canadian family who run a corner store in Toronto.

The self-professed huge “Star Wars” fan wrote on Twitter that he kept his “dream” role in “The Mandalorian” under wraps until it launched.

“I cried during the costume fitting. For real,” he wrote in another tweet, responding to one of many fans who were flooding his timeline with congratulations about the role.