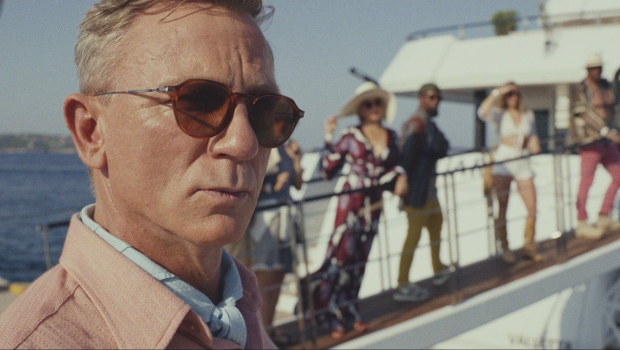 Actor Daniel Craig is shown in a scene in the movie "Glass Onion: A Knives Out Mystery." The Toronto International Film Festival says the "Knives Out" sequel will make its world premiere as part of this year's lineup. The Netflix film will see Craig reprising his role as detective Benoit Blanc. THE CANADIAN PRESS/HO-Netflix **MANDATORY CREDIT**

Another layer of the “Knives Out” mystery series will be peeled back at this year's Toronto International Film Festival.

The Rian Johnson-directed film is the first title to be announced for this year's TIFF, which takes place from Sept. 8 to 18 in Toronto.

While the storyline has been mostly kept under wraps, it will see Blanc venture to Greece where he faces a new cast of characters played Edward Norton, Janelle Monae, Kathryn Hahn, Leslie Odom Jr., Kate Hudson and Dave Bautista.

The festival premiere date of “Glass Onion” will be revealed at a later date as TIFF gradually announces this year's programming throughout July and August.

The festival is set to return to a mostly in-person affair with screenings at many of its usual venues, including the TIFF Bell Lightbox and Roy Thomson Hall, alongside the addition of the Royal Alexandra Theatre for the first time this year.