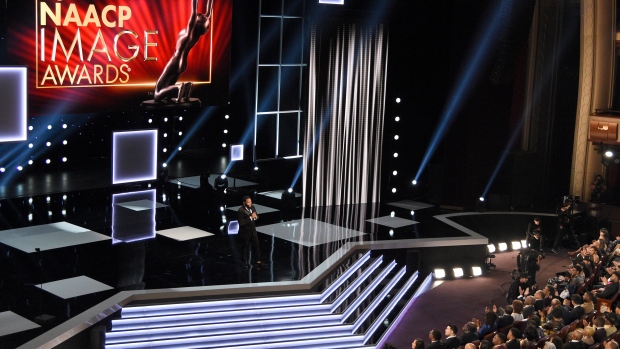 PASADENA, Calif. -- Hollywood's awards season isn't over quite yet, with the NAACP Image Awards putting the spotlight Saturday on the achievements of actors and musicians of colour.

The evening's honorees include Oscar contenders, namely Cynthia Erivo, who starred in the Harriet Tubman biopic, "Harriet." It also will showcase several actors and films that missed out on recognition at the Academy Awards, such as Eddie Murphy and his film "Dolemite is My Name" and Lupita Nyong'o, who starred in "Us."

The awards are being handed out in Pasadena at a ceremony that will be broadcast live on BET beginning at 5 p.m. PST.

Rihanna and U.S. Rep. John Lewis of Georgia will be among the show's special honorees. Lewis will receive the Chairman's Award, which goes to people who show exemplary public service and "create agents of change," according to the NAACP. Past recipients include filmmaker Tyler Perry and then-Sen. Barack Obama.

Ava DuVernay's series "When They See Us" and "Dolemite is My Name" are among the 42 nominations for Netflix at the 51st edition of the Image Awards, which are presented to performers and writers of colour.

Lizzo will compete for entertainer of year against Perry, Regina King, Billy Porter and Angela Bassett.

"Dolemite is My Name" will compete for best motion picture along with "Harriet," "Just Mercy," "Queen & Slim" and "Us."

Jordan Peele's "Us" and "Queen & Slim" helped Universal Pictures earn the most nominations in the film categories, with 15.