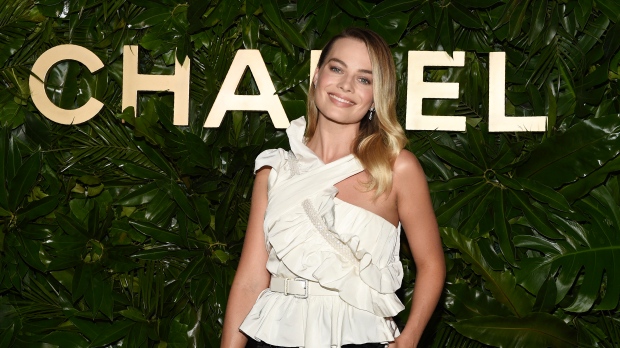 Actress and brand ambassador Margot Robbie poses at the launch of the Gabrielle Chanel Essence fragrance at the Chateau Marmont, Thursday, Sept. 12, 2019, in Los Angeles. (Photo by Chris Pizzello/Invision/AP)

LOS ANGELES -- Margot Robbie feels lucky to build upon the Chanel legacy as the face for the brand's newest perfume.

The "Once Upon a Time In Hollywood" star said she is ready to lead the campaign for the new Chanel Gabrielle Chanel fragrance. She spoke about her involvement as the company's brand ambassador before hosting a private dinner on Thursday night to celebrate the launch of the perfume in Los Angeles.

"It's a time of my life where I'm settled into who I am as a woman," she said. "I'm constantly creatively inspired by things happening around me and the people I'm meeting. In some ways, that translates to Gabrielle Chanel in a time when she was doing this I suppose."

Robbie said the new fragrance represents Gabrielle "Coco" Chanel in her earlier days when she was "creating and building something that's still here today." The 29-year-old Australian actress danced and twirled with white and gold veils to the tune of Beyonce's "Halo" in a recent commercial for the perfume.

"She was building a legacy, but she was inspired by the world around her," Robbie said of Chanel.

Robbie joins Kristen Stewart and Keira Knightley as faces of the perfume empire.