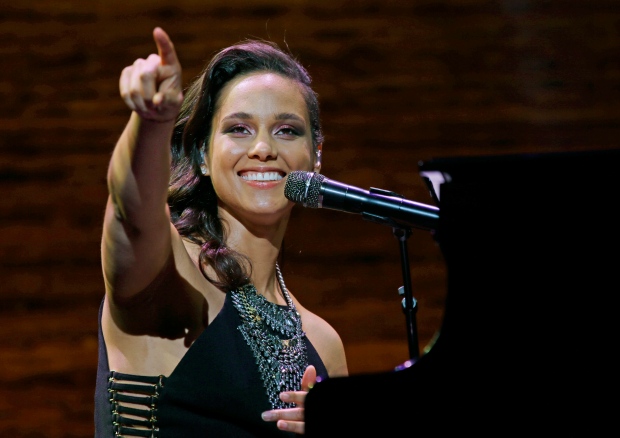 NEW YORK - Miley Cyrus and Alicia Keys will get red chairs as new judges on NBC's "The Voice" next September.

The network said it will be the first time the four-person judging panel will have two women -- in previous seasons there were three male judges. Cyrus and Keys will join mainstays Blake Shelton and Adam Levine on one of television's most popular reality shows.

Both women have experience with the show. Cyrus is an adviser this season and Keys was a mentor during a previous season.

While Shelton and Levine have been regulars, NBC tends to rotate other judges dependent upon their schedules -- so other judges like Christina Aguilera, Pharrell and Gwen Stefani remain in the bullpen. Stefani has been serving as a mentor this season.

"The Voice" usually runs neck-and-neck with "Dancing With the Stars" as television's most popular competition shows, but crushes the ABC show among younger viewers. "The Voice" has passed by Fox's "American Idol," which is airing its last episode next month.