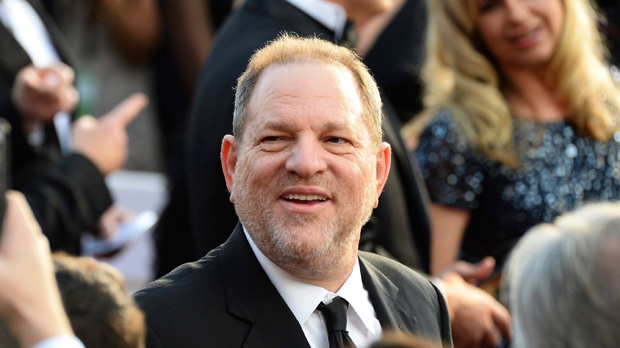 In an interview with the CBC, Erika Rosenbaum alleged the fallen movie mogul made aggressive sexual advances during three separate meetings nearly 15 years ago.

Weinstein, who has been fired from the film company he co-founded, has previously denied through a spokeswoman any allegations of non-consensual contact.

Rosenbaum said she first met Weinstein at a Los Angeles party when she was in her early 20s.

She said she met with him three more times to talk about her career, and alleged Weinstein acted inappropriately and tried to be intimate with her.

She alleged that during their third encounter -- in a hotel room during the Toronto International Film Festival in the mid-2000s -- Weinstein held her by the back of her neck and masturbated while standing behind her.

Rosenbaum is the first Canadian to join the list of some 30 women who have accused Weinstein of inappropriate conduct since the scandal first broke in the New York Times.

"My statements to the media were very difficult to recount," Rosenbaum, whose credits include roles in the films "Brooklyn" and "The Trotsky," said Friday in a statement.

"I had kept my experience with Harvey Weinstein a secret for a very long time. I felt it important to tell the truth and speak out against the sexual harassment I and others have endured.

"There is an important dialogue that we need to have. I want to be part of that dialogue and be on the right side of history."

Rosenbaum declined an interview request by The Canadian Press on Friday.