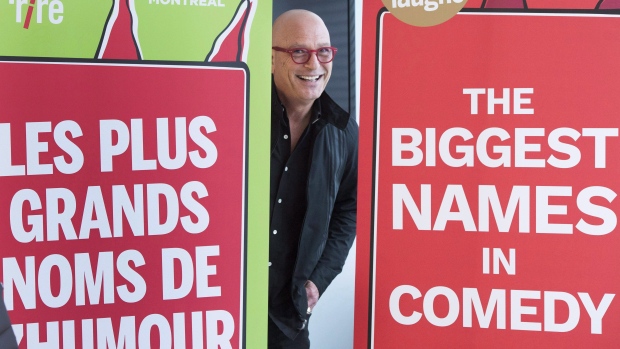 Comedian Howie Mandel, one of the new co-owners of the Just for Laughs comedy festival, is seen at the company's headquarters in Montreal on May 15, 2018. Montreal's renowned Just for Laughs Festival has been pushed to the fall in the wake of COVID-19. Just For Laughs Group says the annual summertime comedy extravaganza will now unfold Sept. 29-Oct. 11. THE CANADIAN PRESS/Ryan Remiorz

Montreal's renowned Just for Laughs Festival has been pushed to the fall in the wake of COVID-19.

The festival was originally slated to take place in July with comedy acts including Bill Burr, The Nasty Show series with special guest Andrew Dice Clay, and The Ethnic Show series.

Purchased tickets, known as passports, remain valid and applicable to shows in the fall festival.

Organizers say they're evaluating various scenarios for the outdoor part of the festival, which will depend on the changing situation surrounding the pandemic. More details will be announced this summer.

Meanwhile, the city's 2020 Jazz Festival has been cancelled due to the COVID-19 outbreak.

The flagship event that draws musicians and fans from around the world was set to open June 25.

The festival's general manager says the decision to cancel it, as well as a festival of francophone music set for June, was necessary to protect the public, artists and festival staff.