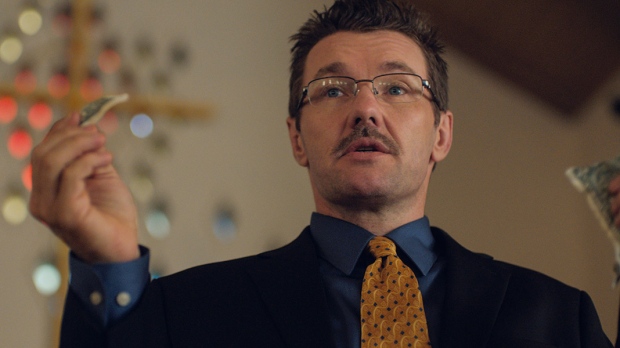 In “Boy Erased” director Joel Edgerton turns the lens on gay conversion therapy, the widely denounced practice of trying to use prayer and group therapy to “convert” gay people into being straight.

The film is based on the memoir of Garrard Conley, who actually went through the treatment and later wrote about its harmful effects.

The story follows Jared (Lucas Hedges), a gay Arkansas teenager whose mother (Nicole Kidman) and Baptist pastor father (Russell Crowe) send him for gay conversion therapy after learning that he is attracted to men.

Moving adeptly between past and present, the film follows Jared as he goes through the treatment, while also giving us snapshots of moments from the recent past that have led him to this point.

At first an enthusiastic participant, Jared soon begins to question the so-called treatment and whether those who are providing it really have the answers they claim to.

While one or two scenes will likely shock audiences, there are others that are quite tender and the film strikes a good balance between presenting difficult subject matter without becoming excessively dark. We get a look at a system that is deeply flawed, while being reminded that all of its participants, even the supposed villains, are humans who are struggling to find answers.

The film offers up a number of strong performances. Hedges brings dignity and complexity to Jared as the character struggles to navigate his feelings about his own impulses and the options provided to him for dealing with them. Edgerton himself is convincing in the role of Victor Sykes, the head of the conversion program that Jared attends.

There are also noteworthy performances by Crowe as a man caught between his faith and his son, as well as Canadian actor Xavier Dolan who plays Jon -- another conversion therapy subject  whose desperate belief in the process borders on aggressive.

However the one likely to bring a tear to your eye is Kidman, who gives an impressively rounded and strong performance as a well-intentioned mom struggling to do right by her son, but also by her beliefs.

In 'Boy Erased' Lucas Hedges (right) stars as Jared, a gay teen who is sent for conversion therapy. (Handout /TIFF)