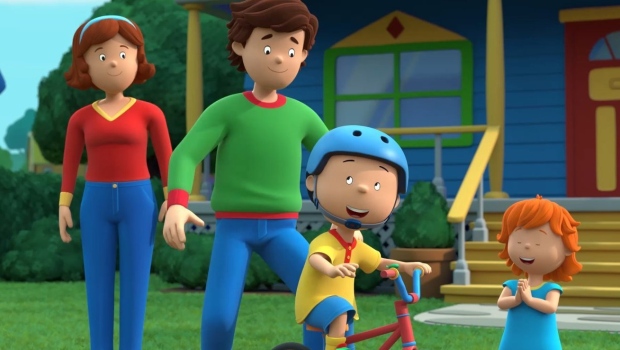 An image from the CG-animated series "Caillou" from WildBrain is shown in this handout image. THE CANADIAN PRESS/HO-WildBrain Ltd.

He may be "just a kid who's four," but Caillou is making a comeback.

The divisive children's TV character who won over scores of preschoolers but irritated many parents is being rebooted with a new, computer-generated look.

"This is yet another example of how we're reinvigorating treasured brands from our evergreen library," WildBrain president Josh Scherba said Friday in a press release.

"For over 25 years, preschoolers have connected with Caillou because they can see themselves in these highly relatable stories."

The original TV show, based on a series of picture books from Chouette Publishing, began in 1997 and has since aired in some 70 countries.

It chronicles the everyday adventures of a bald, occasionally temperamental four-year-old as he goes about life at home and school.

The original "Caillou" continues to air in Canada on Family Jr., but ended a 21-year run on U.S. TV last year.

At the time, the move was welcomed by many parents on social media who derided the character as "whiny." WildBrain teased that Caillou's story wasn't over south of the border, saying it was "committed to ensuring that kids in the U.S. can enjoy the show in the future."

WildBrain did not immediately say when the new show would launch, nor did it reveal broadcast plans in Canada.