Elon Musk could make fireworks on 'SNL.' Investors are betting on it 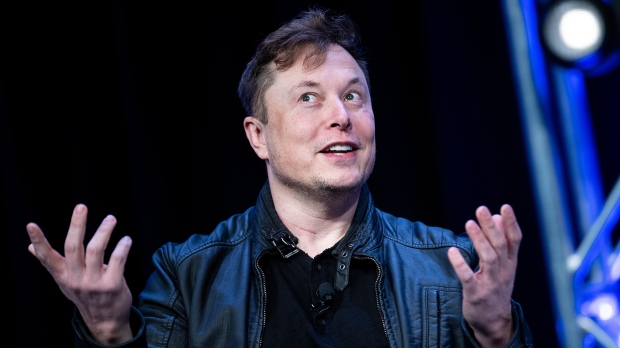 (CNN) -- Live from New York, it's ... a market-moving corporate liability.

This weekend, Tesla CEO Elon Musk is hosting "Saturday Night Live," which, in case the name wasn't clear enough, is broadcast live. That means NBC relying on Musk to filter his thoughts in real time, despite little evidence, historically, of him holding back on just about anything he wants to say — even when under scrutiny by federal regulators.

Wall Street is already betting that Musk will take the opportunity to play a little investing game.

The cryptocurrency dogecoin, one of Musk's favorite market playthings, has been trading higher in anticipation of the SNL appearance. And Tesla stock, which fell into bear territory after hitting record highs in January, was up 1.5% Friday.

Dogecoin was trading at around 65 cents on Friday, just shy of its all-time high of 69 cents. The shiba inu-themed digital currency that began as a joke has surged more than 12,000% since January, fueled in no small measure by Musk's tweets. Just a few words from Musk on Twitter, where he boasts more than 53 million followers, caused the crypto to spike 100%.

"Musk will undoubtedly have a sketch on cryptocurrencies that will probably go viral for days and further motivate his army of followers to try to send Dogecoin to the moon," wrote Ed Moya, a senior market analyst with online trading firm Oanda.

Last week, Musk dubbed himself the "dogefather" in a brief tweet promoting his SNL appearance. The coin shot up more than 30%.

So far, Musk has managed to tweet and say just about anything he wants — including his skepticism about Covid-19 and threats to workers who consider unionizing — without serious repercussions. He settled securities fraud charges with the SEC in 2018 by paying a fine, and is currently appealing a ruling in March from the National Labor Relations board that ordered Tesla to delete a three-year-old tweet discouraging unionization.

He famously smoked weed and played with a samurai sword on Joe Rogan's podcast in 2018, a move that displeased shareholders and prompted two high-level executive departures. NASA, which had contracted Musk's SpaceX to carry astronauts to the International Space Station, ordered a safety review of the company amid concerns about Musk's behavior, according to multiple news reports.

But Tesla's 2020 stock performance was so robust — shares rose by more than 700% — few if any investors seem bothered by his tendency toward erratic behavior.

Still, several cast members on SNL publicly expressed their concerns about giving Musk an even bigger platform as host of the show.

Musk, the self-annointed "Technoking" of Tesla, is often described as eccentric visionary, or, just as often, a reckless businessman with Peter Pan syndrome and a penchant for trolling his rivals. In either case, he is fundamentally unpredictable.

He said it best himself in a promotional video released by SNL on Thursday. "I'm a wild card, so there's no telling what I may do."