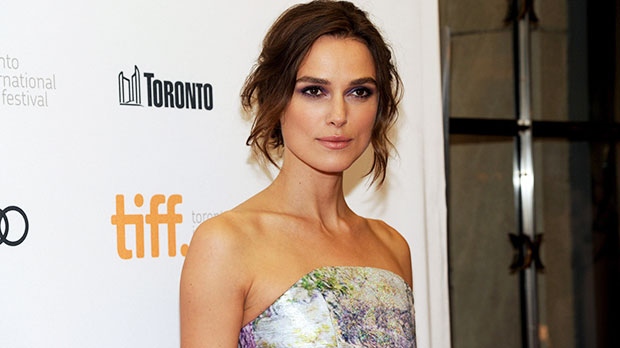 Keira Knightley arrives at the premiere of 'Can A Song Save Your life' on day 3 of the Toronto International Film Festival at The Princess of Wales Theatre in Toronto on Saturday, Sept. 7, 2013. (Evan Agostini/Invision)

TORONTO -- The director of Keira Knightley's latest historical drama says he was keen to secure a diverse cast, despite the genre's reputation for a lack of onscreen diversity.

Knightley stars in "Colette" as the eponymous French novelist whose provocative stories become a sensation in France, but were falsely credited to her husband.

The film traces her battle for recognition and equality while challenging social and gender norms, and sexual taboos.

"It's interesting that the strongest characters that I've found have been in the period roles. I'm not saying that's throughout the industry, obviously it's not, but just for me, that has been the case," Knightley told a press conference at the Toronto International Film Festival on Monday.

"And you can never discount your own taste. The idea of breathing life into what is dead and done, it's kind of resurrecting the dead in a funny way, doing a period film. And I find that, as far as the imagination goes, I find my imagination just goes wild going, 'God, let's bring them back, this is amazing."'

In keeping with the spirit of his revolutionary protagonist, director Wash Westmoreland says it was important the film break "a lot of the rules of traditional period pieces."

"A lot of period pieces they spend two hours waiting to get engaged ... with this, they're in the barn on the haystack within five minutes and it's kind of like: 'No, this is a much more sort of direct sexual period piece," said Westmoreland, last at the festival with "Still Alice," which he co-wrote and co-directed with his late husband, Richard Glatzer.

"And then also with the casting, we tried an approach I don't believe has really been tried before of just having a very inclusive cast."

Westmoreland described traditional period pieces as "a bastion of a kind of whiteness." He says it's time to change that.

"We have Asian-British actors playing characters who have been historically white, we have a black actor playing someone who in history was white and guess what? It all works. It all completely works for the audience."