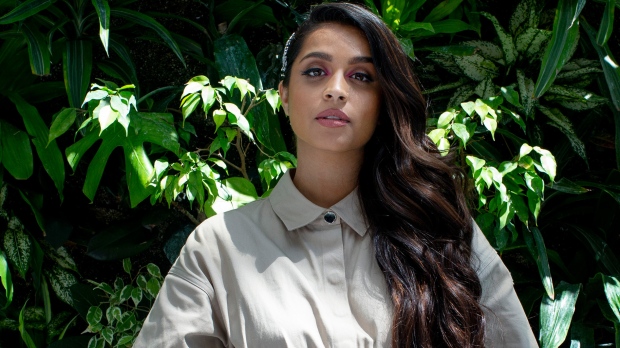 Lilly Singh is photographed in Toronto on Monday, June 3, 2019, as she promotes "A Little Late with Lilly Singh" her upcoming late-night talk show that will be broadcast by NBC and Global. THE CANADIAN PRESS/Chris Young

TORONTO - Lilly Singh describes this stage of her life as “the calm before the storm.”

The Toronto-raised YouTube sensation known as “Superwoman” says she's in the process of hiring a team for her trailblazing and highly anticipated late-night talk show that's set to start in September on NBC and Global.

Announced in March, “A Little Late with Lilly Singh” replaces Carson Daly's slot, making the Indian-Canadian actress-comedian-writer the first woman of colour to host a daily late-night show on a major broadcast network.

“I am meeting with showrunners, directors, writers, head writers to try to build a team that not only is super talented but is representative of the world and also people I enjoy being with, because I'm going to spend a lot of time with them,” Singh, 30, said Monday in an interview.

“So I'm in that point of the process, which is really exciting - but the chaos hasn't started yet.”

Singh was speaking at the downtown Toronto headquarters of Corus Entertainment to help the company unveil its fall/winter 2019-2020 season.

The Corus event came the day after Game 2 of the NBA Finals matchup of the Toronto Raptors and Golden State Warriors, which Singh attended in the city.

She's expressed her love for the Raptors on her social media accounts in recent days and is optimistic they'll clinch the title despite the team's 109-104 loss Sunday, which tied up the series at 1-1.

“I, in my heart, believe that we can take them,” Singh said. “I don't have a doubt in my mind.

Singh's show is one of the biggest highlights of the Corus lineup, which it touts as “vibrant and diverse.”

“The second we heard that announcement come out that NBC was doing that, we absolutely - before seeing any other stuff in L.A. - from that point on just said, 'That's the show. We want that show,”' said Daniel Eves, senior vice-president of TV networks at Corus Entertainment.

Canadian series renewed for Corus's specialty networks include History's “Vikings,” which is a co-production with Ireland, and “Top Chef Canada” and “Iron Chef Canada” on Food Network Canada.

Global's 2019-2020 lineup has a total of 12 new series. Others include a revival of “Kids Say the Darndest Things” with Tiffany Haddish as host; the crime thriller “Prodigal Son” with Michael Sheen; the comedy “The Unicorn”; and the psychological mystery “Evil.”

The network also has the final season of hit comedy “Modern Family,” which previously aired on Citytv.

Also noteworthy but not technically part of the fall lineup is “BH90210,” a tongue-in-cheek spinoff of “Beverly Hills, 90210,” which premieres Aug. 7.

“We're actually working on getting Patty to convert ... see if we can't make her at least a dual citizen by the end of the second season,” Jalees jested.

“They keep bringing in poutine and maple syrup,” added Heaton.