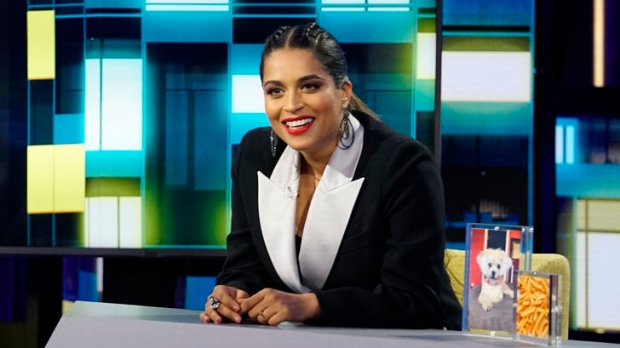 This image released by NBC shows Lilly Singh, host of "A Little Late with Lilly Singh." (Scott Angelheart/NBC via AP)

The YouTuber whose popularity landed her a network television gig announced on Instagram that “A Little Late with Lilly Singh” will end with its second season.

Singh says she's moving on to other projects that will allow her to make “longer form content telling underrepresented stories.”

She says her company Unicorn Island Productions has signed a first-look deal with the unscripted division of Universal Television.

“A Little Late with Lilly Singh” grabbed attention upon its 2019 debut for having an Indian-Canadian at the reins. It was the sole late-night show hosted by a woman of colour on U.S. network television.

“I'm beyond grateful for your support past, present and future,” Singh wrote in an Instagram post on Thursday. “And to the Late with Lilly crew, I'm so proud of the progress we made in diversifying late night.”