Madonna to direct, co-write biopic about herself 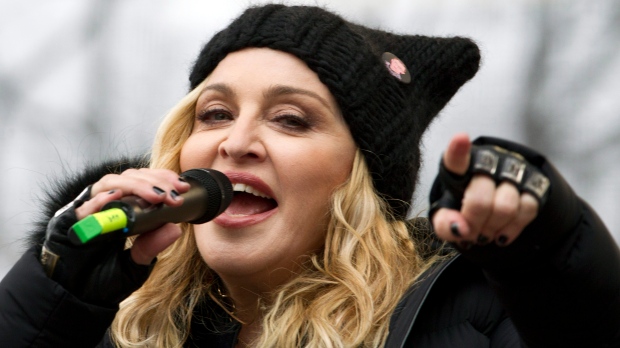 NEW YORK - A biopic about Madonna has found a uniquely qualified director: Madonna, herself.

Universal Pictures announced Tuesday that the studio is developing an untitled film about the pop star that Madonna will direct and co-write with “Juno” scribe Diablo Cody.

Madonna said she wants the film to convey quote -- “the incredible journey that life has taken me on as an artist, a musician, a dancer - a human being, trying to make her way in this world.”

But Madonna says the focus of the film will always be music.

The film will be produced by Amy Pascal, the former Sony Pictures chief who produced “A League of their Own,” the 1992 film co-starring Madonna.

Madonna, who is 62, previously directed the 2008 British drama “Filth and Wisdom” and the 2011 period drama “W.E.,” with Abbie Corning and Andrea Riseborough.

She has sold 335 million records worldwide in her career.