Oscar contenders, holiday movies, and Disney nostalgia: What to stream in December 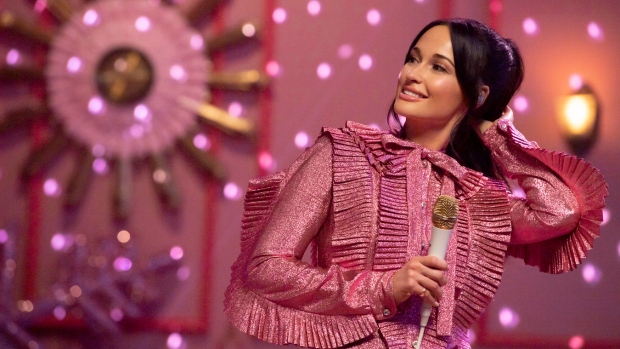 Beyond the seemingly endless run of Christmas parties there's a virtual sleighful of must-see entertainment waiting at home in December.

Here's a look at a selection of titles headed onto streaming platforms before the year wraps up:

Noah Baumbach's heartbreaking divorce tale feels like a ton of bricks from the onset, but there's enough humour in his film to make those tearful moments worth their weight. Scarlett Johansson and Adam Driver give Oscar-worthy performances as a couple who seem destined for eternal wedded bliss - until they suddenly aren't. While they once bonded over their mutual love for live theatre, gradually their relationship soured as professional aspirations pulled them apart. He feels blindsided when she serves him with divorce papers; she feels suffocated by his controlling personality. And caught between them is their young son who they've agreed to shield from the ugliness of a marriage that's crumbling. It's a painfully true testimony to modern divorce, bolstered by performances by Laura Dern, Alan Alda and Ray Liotta as lawyers with very different perspectives on the proceedings. (Netflix, Dec. 6)

Netflix gets into the yuletide spirit unlike any of the other streaming companies with a spate of originals. Among the highlights is “A Christmas Prince: The Royal Baby” (Dec. 5), the latest entry in what's fast becoming a holiday franchise. There's also “The Knight Before Christmas,” a time-travelling love story between a present-day woman and a swordsman from another century, and animated family feature “Klaus,” both already available to watch. Over at Disney Plus, Bill Hader and Anna Kendrick star as Kris Kringle's kids in “Noelle,” ready to stream now, and a heap of celebrities swing by “The Kacey Musgraves Christmas Show,” a variety special now on Amazon Prime Video. CBC Gem marks the holidays with more subdued Christmas-set stories, including 2017 mini-series “Little Women” on Dec. 13 and the buddy comedy “Holly Star” on Dec. 6. If you're into the classics, holiday favourites on Crave/HBO include “Home Alone” and its New York-based sequel, as well as “Love Actually.”

A 17-year-old teenager faces the realities of growing up in America while living in a traditional Muslim household in Minhal Baig's semi-autobiographical feature that expands on her 2016 short film. Hala, played by “Blockers” actress Geraldine Viswanathan, is a successful student and a loving daughter with a rebellious streak, but when she discovers a secret that threatens to upend her idyllic family, she winds up reconsidering the notion of respect that she was raised on. Baig's tender reflection on adolescence carries with it a very American perspective on culture, but beyond what some will perceive as its faults is an uplifting story of a young woman coming into her own identity. (Apple TV Plus, Dec. 6)

“City of God” director Fernando Meirelles delivers an unexpectedly humorous fictionalization of how the Vatican was rattled by Pope Benedict's decision to retire from the papacy. Anthony Hopkins is cast perfectly as the conservative Pope Benedict, who beckons Francis, the more liberal future Pope played by Jonathan Pryce, to discuss a transfer of power. Most of the film plays as a duelling conversation between the two reflecting on morality, responsibility and pop culture. It's not the deep dive into the scandals of the Catholic Church some might hope for, but between the lead performances “The Two Popes” is a pleasant surprise that could earn awards attention in the coming months. (Netflix, Dec. 20)

Disney shines the spotlight on the massive team of engineers, architects and puppeteers who turned Walt Disney's theme parks into a reality. Using an incredible amount of restored footage pulled from its vaults, the six-part documentary recounts how Disneyland took shape, and goes deeper into the stories behind such famous rides as the Haunted Mansion and Pirates of the Caribbean. Having the series produced in-house might sound like an exercise in self-congratulation, and at times it is, but narrator Angela Bassett and a team of artists spanning the life of the corporation offer enough insight into the disasters to balance out the celebratory spirit. (Disney Plus, weekly in December)

“The Leftovers” creator Damon Lindelof delivers an inventive superhero drama based on the titular comic books by Alan Moore. The HBO series is set in an alternate reality where the U.S. won the Vietnam War, actor Robert Redford became president and masked vigilantes are battling an organization of white supremacists. Each episode peels back a layer of complexity between the characters, who include Regina King as a detective who doubles as a veiled crime fighter, Don Johnson as a police chief with a seemingly checkered past, and Louis Gossett Jr. as an elderly survivor of a 1920s race riot that killed his family. Catch up on the series before the first season wraps on Dec. 15. (Crave/HBO)

When a young man severs his hand in a violent accident, his separated former appendage embarks on a journey to return to its rightful owner. The concept might seem ridiculous, but French animator Jeremy Clapin and co-writer Guillaume Laurant (known for his work on “Amelie”), create a surprisingly moving storyline about trauma. Told partly from the point of view of the lost hand - which walks like Thing from “The Addams Family” - the film tracks the claw as it fends off rats in a subway, clashes with a pigeon and offers comfort to a sleeping baby. Meanwhile, the back story of its owner Naoufel, a failed Parisian pizza delivery guy, offers some insight into a young man who's trying to put his life back together. (Netflix)