Review: Creeping is ageless and extreme in ‘Greta’ 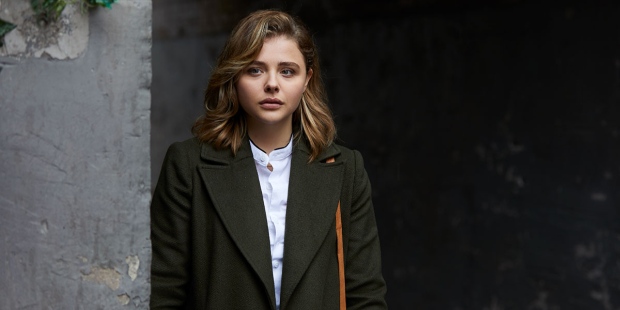 In Greta, loneliness becomes dangerous in the story of a young woman who befriends an older lady after returning a purse she finds on the subway.

The relationship is sweet at first, with Frances (Chloë Grace Moretz) and Greta (played artfully by Isabelle Huppert) leaning on each other to fill the voids in their lives -- Frances having recently lost her mother and Greta a widow whose only daughter lives abroad.

However things take a more sinister turn when Frances discovers that all is not as it seems with her new friend.

Director Neil Jordan makes use of a familiar palette of stalker behaviours as Greta’s actions become more disturbing (Think creepy shots of people appearing out of nowhere and phones ringing off the hook).

But while the behaviours are familiar for the stalker genre, there is something unsettling about seeing them enacted by an older person craving the attention of someone younger.

In some ways, the film feels like a sort of rebuke to a generation increasingly comfortable with ending relationships with the click of an ‘un-friend’ button. What if it wasn’t that simple? What if you were forced to provide reasons for cutting off a friendship, even a casual one?

In a move that prolongs our interest, Greta actually remains likeable a good distance into the film and we’re left wondering if perhap the real monster is Frances, who coached by unsentimental best friend Erica (Maika Monroe), breaks things off with the older woman rather harshly. One wonders for a while who the bad guy is -- the millennial mean girls who decide that Greta is ‘out’ or the seemingly well-intentioned older lady who just can’t seem to take no for an answer.

But we eventually get our cues as Greta becomes more desperate to reconnect with Frances and things begin to spiral out of control.

All in all, Greta is an entertaining film that provides medium hot-sauce thrills for those who crave them, while also partaking in a rich history of stalker films that encode social anxieties.

Just as ‘Single White Female’ expressed social fears around women becoming financially and socially independent from men in the 90s, Greta gives expression to fears that the younger generation will be consumed by the needs (emotional perhaps more than in any other way) of an ageing population.

Ultimately, Greta is a timely film as more and more people live longer, but without the benefit of continuing to live among people they feel close to.

“Everybody’s lonely,” Frances rebutts Greta at one point, raising the spectre that perhaps loneliness has become an accepted feature of modern society.

While the film imagines an extreme response to loneliness, the questions it raises about how older and younger generations connect and whether they take responsibility for one another remain relevant.

Actress Isabelle Huppert removes her sunglasses on the red carpet for the premiere of the film "Greta" during the 2018 Toronto International Film Festival in {Toronto on {dow}, September 6, 2018. THE CANADIAN PRESS/ Tijana Martin