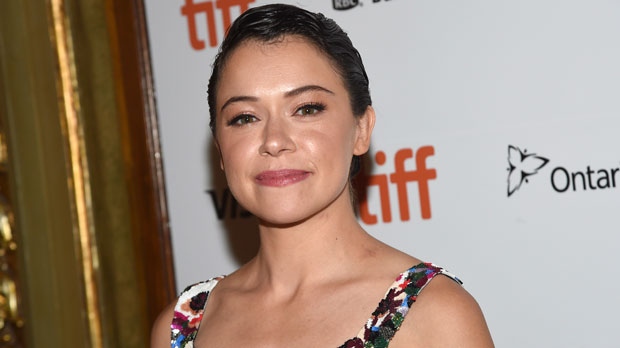 Tatiana Maslany attends the premiere for "Destroyer" on day 5 of the Toronto International Film Festival at the Winter Garden Theatre on Monday, Sept. 10, 2018, in Toronto. (Photo by Evan Agostini/Invision/AP)

The Regina, Sask.-born actress insists there's no substance to swirling rumours that she's signed to star as Jennifer Walters in the upcoming Disney Plus project, despite reports in a number of industry trades last month.

“It's funny to even acknowledge it because it isn't actually anything,” Maslany explained in a phone interview.

“Yeah, like I've been auditioning for stuff. I've auditioned for these kinds of things for years now, but it's usually not like a press thing, you know what I mean?”

“It's always cool, but it's so bizarre. I would love to butâ€¦” she added, trailing off.

The star of “Orphan Black” and “Perry Mason” said while she's auditioned for many roles like “She-Hulk,” it's not the first time she's been linked to a blockbuster franchise without actually being cast.

Reports once surfaced that she was starring as Sarah Connor in 2015 action film “Terminator Genisys,” even though the part went to Emilia Clarke from “Game of Thrones.”

“Literally, 'Terminator,' I don't think I even auditioned for it,” she said.

Maslany addressed the “She-Hulk” buzz while doing interviews for her responsibilities as a juror for the Glenn Gould Prize.

The $100,000 award went to Alanis Obomsawin, the acclaimed 88-year-old Indigenous documentarian and member of the Abenaki Nation, who Maslany called “incredibly prolific and inexhaustible” in her work.

Maslany's next project is voicing a character for “The Harper House,” an adult animated series for streaming platform CBS All Access, announced on Thursday.

She plays Ollie Harper, described as the free-spirited daughter of a family that sees its social status downgraded when the matriarch loses her job.

The part was recorded from Maslany's home in the pandemic, and she drew inspiration from iconic characters, including Bart Simpson, and other cherished animated shows.

“I have so much respect for them so I'm just really excited to be trying my hand at it.”

This report by The Canadian Press was first published October 16, 2020.