TIFF's aim to diversify its press corps gets thumbs up from writers, filmmakers 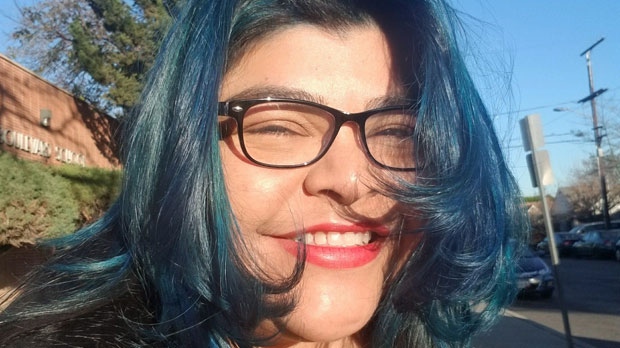 "I never would've considered attending. The cost is crazy," says Machado, who has written for publications including Marie Claire and Harper's Bazaar, and runs the entertainment blog Sassymamainla.com.

"Writers that go, their outlets pay for everything. For freelancers, which a large group of diverse film critics and diverse film reporters are, we can't cover that cost."

But that changed last month when TIFF emailed Machado, who identifies as Latinx (a gender-neutral form of "Latina" and Latino"), inviting her to attend as part of its new Media Inclusion Initiative.

For the first time this year, TIFF is aiming to grow the diversity of the press corps covering the festival by 20 per cent. That amounts to up to 200 new critics and reporters who offer greater representation in the areas of cultural heritage, gender, sexual orientation and disability.

TIFF says it's responding to requests from the industry to expand the range of the conversation and opinions at the festival.

"Then the film goes out into the broader population and the reaction may be different -- it might be stronger, it might be less strong, it might be just a different character of a reaction -- and that's because the general populace of filmgoers is often not reflected in who gets to attend the major festivals, and that's for all kinds of historical reasons."

As part of the initiative, TIFF included a voluntary survey in its press accreditation form this year to get a sense of journalists' backgrounds and how they identify.

TIFF also reached out to entertainment writers and commentators who reflect the range of opinion they're looking for but hadn't been to the festival before. They offered them full press passes for the festival.

Using funding from a combination of corporate donors, industry donors and public donations, TIFF offered almost 100 of the critics hotel accommodations for four nights during the festival and a reimbursement of their flight costs to get to Toronto.

TIFF is also encouraging press to sign up for the Time's Up Critical database, which aims to create greater diversity among critics and entertainment reporters. The initiative stems from the Time's Up movement.

"Access to these festivals is essential, especially if you want to be considered a professional," Machado says.

"The more access that they give us, the better playing field that we have and the more diverse the film criticism will be."

Danielle Solzman, a transgender freelancer writer in Chicago, says she reached out to TIFF as soon as she heard about the initiative. She now has accreditation to cover the festival for the first time this year.

"I think it does make a difference, especially when close to 80 per cent (of film critics), at least on Rotten Tomatoes, are cisgender white men," Solzman says.

"Females, people of colour, LGBTQ -- a lot of us don't get the same amount of opportunities. I feel like I have to scream into the void to be heard.... If you're not writing for the right outlet, it's very hard to get on the press list."

Joelle Monique, a freelance film critic in Los Angeles, is also covering TIFF this year after the festival reached out to her.

"I know there are so many good writers and strong voices of critique out there, people who are able and willing to do the job but just can't get into the spaces," Monique says.

"I don't begrudge anybody who is there -- the film community at large is a wonderful place to live and work and thrive in -- but to know that there are so many marginalized voices who could do the work who just can't get into the room, that's frustrating."

Filmmakers seem pleased with the initiative.

"I think it's a great idea because it's better than having the bigger players writing about things and getting the credentials where the smaller players are left out," says two-time Oscar-nominated director Gus Van Sant, who recently released the film "Don't Worry, He Won't Get Far on Foot."

"Inclusiveness and opening the doors, finding ways to bring underrepresented people into the industry, we have to do that," adds Emmy-nominated director Kari Skogland.

"The more you do, the more you get to do -- so it's just, what door do you open so you can start the process?"