'We've done this before': Why life in lockdown feels like 'Groundhog Day' 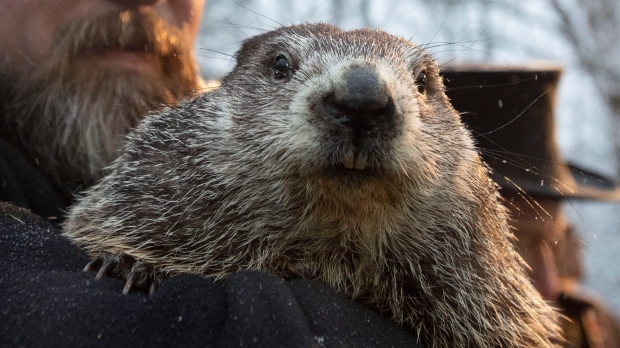 Pop quiz: What day is it?

Answer: Does it matter?

Nearly a year in, the monotony of quarantine seems to have perpetually set the clocks to half-past-who-cares.

You wake up, and it's almost like the last 24 hours didn't happen. You're trapped in the same conscribed circumstances. There's no end in sight. All you can do is hope that tomorrow will bring a new day.

And you've seen this story of deja vu before - most likely in the comedy classic “Groundhog Day.”

As a cadre of pug-nosed prognosticators prepare to emerge from their burrows for Groundhog Day on Tuesday, experts say the movie inspired by the winter tradition has found renewed resonance as an allegory for the time-warping ennui of life under lockdown.

“It does have this feeling like we've done this before. We've been here before. There's nothing new on the horizon,” said psychologist Steve Joordens.

“Groundhog Day” stars Bill Murray as Phil Connors, a crabby weatherman who is dispatched to the hamlet of Punxsutawney, Pa., to cover its famed rodent's winter forecast.

After staying in town for the night on account of a snowstorm, Connors wakes up to find himself exactly where he started. It soon becomes clear that he is stuck in a time loop, doomed to live the same day over and over again for apparent eternity.

Joordens, a professor at University of Toronto, said the 1993 film's recursive plot probably rings familiar for people as the pandemic has curtailed many of the experiences that help differentiate one day from the next.

The COVID-19 crisis has dismantled the rituals that serve as our conscious timekeepers. It's also upended the special occasions that make memories, and the chance encounters that shake up our status quo, he said.

To break up the banality, Joordens encouraged people to build some semblance of spontaneity into their schedules, such as standing in the front row of a living room “concert” while live music plays on TV.

The despairing drudgery of the “Groundhog Day” conceit in large part stems from the lack of things to look forward to, said Joordens. And if we don't find reasons to circle dates on the calendar, it's easy to forget that there is a future beyond the current crisis, he said.

“I think we are like (the main character) living in this situation that we just want to end.”

In the decades since its release, “Groundhog Day” has become as ingrained in our cultural folklore as the superstition that a groundhog can divine the arrival of springtime based on the visibility of its shadow.

Paul Moore, a film historian and sociologist at Ryerson University, attributes the movie's staying power in part to its fantastical take on age-old philosophical questions.

“The movie resonates almost as an epic myth about how we never seem to get life right ... and we can never quite escape the situation that we find ourselves in.”

Even before COVID-19 shrunk the scope of people's lives, they tended to move through days more or less on repeat, said Moore.

But during the pandemic, it's become harder to ignore the confines of what sociologists call “the iron cage of modernity” - wherein each individual is the master of their own fate, but has no control over their circumstances, Moore added.

“We're stuck as social humans in this space between fate and freedom,” said Moore. “For 11 months now, we've been struggling to find a degree of freedom ... under global circumstances that are largely beyond our control.”

But not everyone in lockdown is living in the same “Groundhog Day,” Moore noted. While some people are filling the hours by re-watching shows on Netflix, others can't escape the everyday terrors of the virus, he said.

The protagonist comes up with evermore elaborate hijinks to cope with his temporal torment, from indulging in consequence-free vices to futilely attempting suicide, in a plot as farcical as it is foreboding.

“It's an existential crisis made nice,” said Hays.

For some, he said, the film's tightrope-walking tone may recall the abject absurdity of living through a global crisis you're powerless to change other than by doing as little as possible.

Every day, the headlines bring a new barrage of bad news, but a number of people remain for the most part untouched by these calamites, Hays said.

“One of the things that's really strange about this pandemic is that it's changed everything,” he said. “And yet, for many people, it's changed nothing.”

While some in the creative team behind “Groundhog Day” wanted the movie to lean into its darker themes, Hollywood's audience-pleasing tendencies won the day, giving the film its happy ending, said Hays.

While it remains to be seen whether we'll get the same feel-good conclusion, Hays said “Groundhog Day” may offer a different kind of “catharsis.” In the film, it's only when the character repeats the same day enough times that he realizes where he's gone wrong.

“Many people I've talked to have said that this pandemic has given them reason to pause and think about their life pre-pandemic,” he said.

“A film like 'Groundhog Day' makes people think about their own lives and what's repetitive and tedious and how do we break that.”

This report by The Canadian Press was first published Jan. 28, 2021.