Canadian Music Week will not go ahead in September, organizers confirm 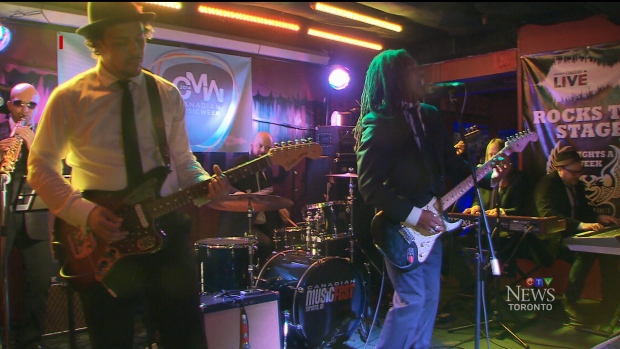 Organizers of Canadian Music Week say they are “abandoning efforts” to move forward with the festival and conference, which had been previously rescheduled for September.

The annual event, which was initially scheduled to take place from May 19 to May 23, was supposed to go ahead on September 9 at participating venues across Toronto.

But on Tuesday, Neill Dixon, the president of Canadian Music Week, confirmed that the music festival will no longer proceed on that date.

“After extensive consultation with industry partners, it has become apparent that - at this point in the public health emergency - September represented too many unavoidable obstacles,” Dixon said in a written statement.

“Not least of these would be the participation of international artists and delegates, many of whom might not be free to travel at that point, and some of whom have already declined to attend.”

Dixon went on to say that even in a “best-case fall scenario," events like concerts, sports, and conferences will likely be the last activities that will be permitted to resume.

“The fallout is huge, for events like ours and for the entire music industry,” he said.

“We are hopeful of finding a date in 2021 to continue our nearly four-decade tradition of bringing the world’s music to Toronto and Canadian music to the world. However, we will not make any final decisions until such time that events surrounding COVID-19 and the subsequent government directives are known. We will continue follow protocols and assess our best options going forward.”

Tickets for concerts have or will be refunded and badges and wristbands will be honoured on the new date when it is determined.