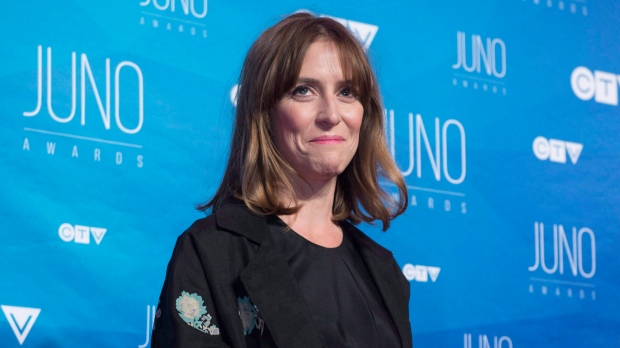 Feist poses on the red carpet at the Juno awards show, Sunday, April 2, 2017 in Ottawa. THE CANADIAN PRESS/Justin Tang

TORONTO - The Tragically Hip will perform with singer-songwriter Feist during CBC's broadcast of the Juno Awards next month.

The Tragically Hip say they're “huge fans” of Feist and have known her for 20 years, noting they toured together in 1999. Feist says her time touring with the band was her “first big education.”

The honour recognizes outstanding Canadian artists whose humanitarian contributions have positively enhanced the social fabric of Canada and beyond.

The Junos will be broadcast June 6 on CBC TV, CBC Gem, CBC Radio One and CBC Music and will stream globally on CBCmusic.ca/junos.

The annual music celebration was originally slated for mid-March in Toronto but moved to May 16, before being moved again to June. Ontario is currently under a stay-at-home order.