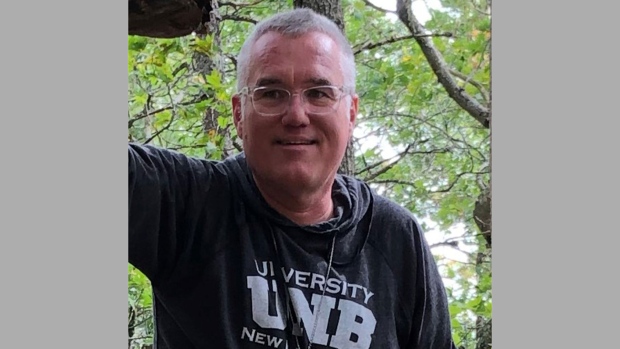 Police are casting a wider net in their search for writer Richard Vaughan a week after his disappearance in New Brunswick. Vaughan, who writes under the name "RM Vaughan" and is shown in this undated handout photo from Fredericton Police, was last seen near his home in downtown Fredericton on Monday afternoon. THE CANADIAN PRESS/HO-Fredericton Police

REDERICTON - Police are casting a wider net in their search for writer Richard Vaughan a week after he went missing in New Brunswick.

The Fredericton Police Force is asking the public to share surveillance videos of the area where the 55-year-old, who writes under the name RM Vaughan, was last seen on Oct. 12.

Investigators said last week that they didn't suspect foul play in Vaughan's disappearance, but a spokeswoman says police are concerned for his well-being and not ruling anything out at this time.

Public information officer Alycia Bartlett says an investigator has followed up on several leads in the case to no avail, and even a small piece of information from the public could change the course of the investigation.

A respected figure in Canada's LGBTQ arts scene, Vaughan's bibliography spans poetry, novels, plays and essay collections, and his short videos have been featured in festivals and galleries around the world.

Police say Vaughan was last seen wearing a black and red plaid jacket near his home in downtown Fredericton. He is described as five-foot-10 with short grey hair and glasses.

Investigators are asking anyone with footage or tips related to his disappearance to contact the force.