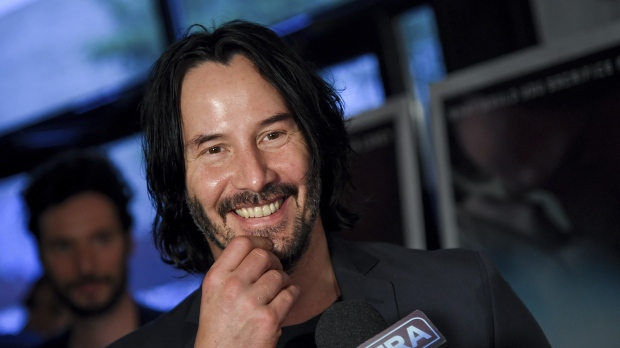 TORONTO -- Bill and Ted are embarking on another excellent adventure.

"Bill & Ted Face the Music" is expected to head into production this summer.

Toronto-raised Reeves joined Winter in thanking fans of the series for making another sequel happen 30 years after the characters were first introduced.

"It is all because of you guys, and so we owe you a huge debt of gratitude," Winter said in a video posted to various social media platforms.

"Bill & Ted's Excellent Adventure" followed the airheaded teenage duo as they tried to avoid failing history class by travelling through time in a telephone booth. Along the way they cross paths with historical figures like Napoleon and Billy the Kid who join them in a rock band spectacle.

The 1989 film was a pop culture sensation at the time, leading many teens to adopt its catchphrases like "Party on, dude" and "Excellent!' into their vernacular.

It also sparked the 1991 sequel "Bill & Ted's Bogus Journey" where the pair face off against robot versions of themselves.

The latest Bill and Ted sequel is set to be released on August 21, 2020, according to the Orion Pictures YouTube page.