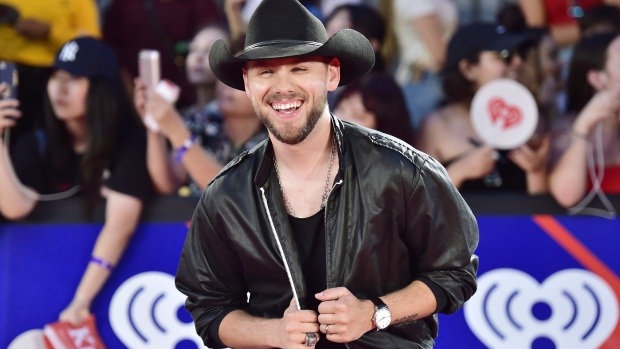 Brett Kissel arrives on the red carpet at the iHeartRadio MMVAs in Toronto on Sunday, Aug. 26, 2018. Brett Kissel wins album of the year for “Now or Never” at the Canadian Country Music Association Awards. THE CANADIAN PRESS/Frank Gunn

The organizers of the Boots and Hearts music festival revealed the first round of lineups for its Endless Summer Series, a "medium-scale" run of mini-festival events throughout August that will only sell concert passes in groups of four.

The shows, billed as a step towardsthe return of live music in the province, will start with a series of "classic rock tribute bands" on the July 30 to Aug. 1 holiday weekend.

Then the shows kick into high gear with a lineup of known country stars Aug. 6 and 7, starting that Friday with Kissel, Jess Moskaluke and Cory Marks. On Saturday, performers Tebey, David Boyd Janes and Vanessa Marie Carter round out the names on the bill.

Rock acts the Trews, the Blue Stones and Ferraro will play Aug. 13 while Our Lady Peace, I Mother Earth and Monowhales take the stage on Aug. 14.

All of the concerts are slated for the Burl's Creek Event Grounds in Oro-Medonte, Ont., about 30 kilometres north of Barrie, a space that also accommodates overnight camping.

Weekend concert tickets will only be in packs of four, starting at $44.99 for the cover bands weekend and $69.99 for the other events, with an option to add camping passes for an additional fee.

Republic Live, the entertainment company behind the shows, says performers for the final weekends in August will be announced at a future date.

The mini-festival dates come after Boots and Hearts was forced to cancel this year's weekend celebration over uncertainty about capacity limits. It typically welcomes an audience of 40,000 over the August long weekend.

Each of the Endless Summer shows will be much smaller with only 5,000 concertgoers allowed on the premises. COVID-19 restrictions will includephysical distancing, enhanced cleaning and sanitization and mandatory masks in public areas.