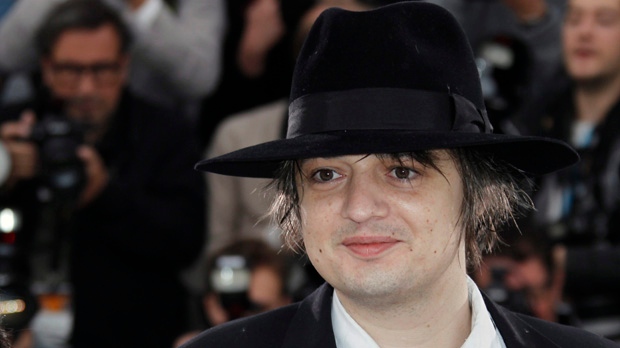 Actor and musician Peter Doherty poses during a photo call for "Confession of a Child of the Century" at the 65th international film festival in Cannes, France, Sunday, May 20, 2012. (AP Photo/Joel Ryan)

Paris authorities say British singer Pete Doherty has been arrested for the second time in the space of a week.

The Paris prosecutor's office said Monday the 40-year old former Libertines and Babyshambles frontman was placed in custody Sunday for "violence by a person in a manifest state of intoxication."

It was just one day after he was released from custody. He had been detained in the night of Thursday-Friday over a foiled cocaine purchase.

The prosecutor's office couldn't confirm French media reports that the latest trouble involved Doherty punching at a teenager in the chic Saint-Germain area of Paris.

Since rising to fame in the noughties, Doherty, the ex-boyfriend of model Kate Moss, has been repeatedly arrested for drug offences.