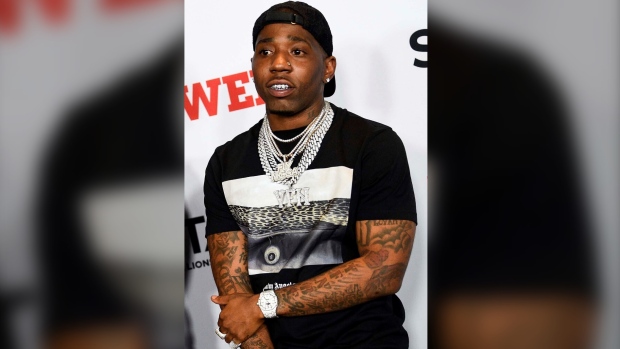 FILE - In this Aug. 20, 2019 file photo, rapper YFN Lucci, whose real name is Rayshawn Bennett, attends the world premiere of the final season of Starz TV's "Power" in New York. Police said Tuesday, Jan. 12, 2021, they are searching for Bennett, who is wanted on murder and other charges following a fatal shooting last month in Atlanta. (Photo by Evan Agostini/Invision/AP, File)

ATLANTA - Authorities in Atlanta say rapper YFN Lucci is wanted for murder in a December shooting that left one dead and another wounded.

Police have also announced a $5,000 reward for information leading to the arrest of the 29-year-old rapper, whose real name is Rayshawn Bennett.

Bennett is facing charges including murder, aggravated assault and participating in a criminal street gang related to a shootout in southwest Atlanta on December 10th.

Police found 28-year-old James Adams with a gunshot wound to the head.

He was pronounced dead at the hospital.

Later that day, 32-year-old Kevin Wright arrived at a fire station with a gunshot wound to his abdomen. He survived.

Authorities determined both shootings were related.