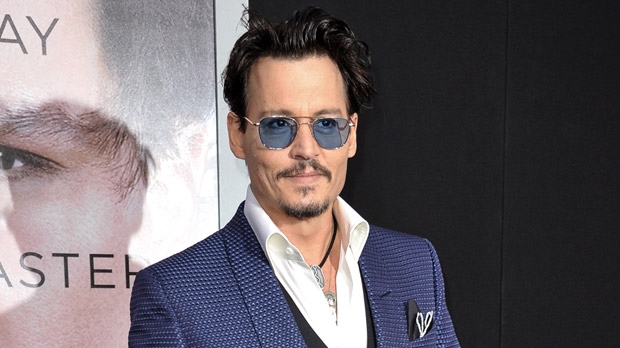 In this April 10, 2014 file photo, Johnny Depp arrives at the LA Premiere Of "Transcendence" in Los Angeles. (Photo by Richard Shotwell/Invision/AP, File)

FAIRFAX, Va. -- Free press advocates in Virginia are concerned that a libel lawsuit between Hollywood actors Johnny Depp and Amber Heard could set a bad precedent.

The Virginia Press Association asked Friday to intervene in a $50 million lawsuit Depp filed against Heard, his ex-wife. Depp says he was defamed by an op-ed piece Heard wrote in The Washington Post in December 2018, in which she never identified Depp by name but referred to herself as a "public figure representing domestic abuse."

Depp has denied abusing Heard and said the article clearly refers to earlier abuse allegations Heard made against him.

Heard and Depp "are Hollywood actors with no significant ties to the Commonwealth of Virginia," press association attorney Jennifer Nelson wrote in a brief seeking permission to further advocate for press interests in the case. "The First Amendment interests of the Virginia news media are not being adequately represented by the parties in this case."

Judge Bruce White, though, barred the press association from filing any briefs outlining its position. He said his job was to apply the law as it exists without considering the association's policy concerns.

He also said Heard has nearly a dozen lawyers representing her in the case, and he expected they could adequately address the same issues the press association would cite in defence of their client.

Indeed, White issued a separate ruling Friday that gives Heard's attorneys an opportunity to raise new potential defences in the case. Earlier arguments had focused largely on whether Fairfax County was the proper venue for a libel lawsuit involving two California residents.

The judge ruled earlier this year that Depp could sue in Fairfax because the Post's online editions are published through servers located in the county.

Neither Depp nor Heard were present at Friday's hearing.

The trial is scheduled to begin in February.