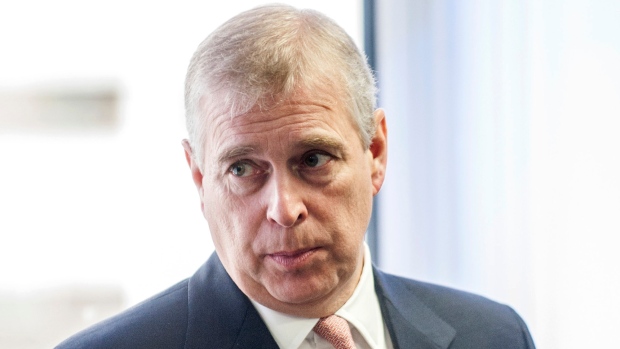 FILE - In this Monday, April 13, 2015 file photo, Britain's Prince Andrew visits the AkzoNobel Decorative Paints facility in Slough, England. Prince Andrew's effort to put the Jeffrey Epstein scandal behind him may have instead done him irreparable harm. While aides are trying to put the best face on his widely criticized interview with the BBC, royal watchers are asking whether he can survive the public relations disaster and remain a working member of the royal family. (David Parker/Pool Photo via AP, File)

LONDON - Britain's Prince Andrew is facing further disgrace as charitable backers begin to distance themselves from him amid unfavourable fallout of an interview on his friendship with sex offender Jeffrey Epstein.

Britain's Press Association is reporting that professional services provider KPMG, a sponsor of his flagship entrepreneur project, Pitch↕Palace, won't renew its support. Pharmaceutical giant AstraZeneca, another backer of the project, says it is reviewing its three-year partnership, which is due to expire at the end of the year.

Andrew, the second son of Queen Elizabeth II, tried to end years of speculation about his role in the Epstein scandal by granting a no-holds barred interview to the BBC's Newsnight program on Saturday.

The strategy backfired when the prince failed to show empathy for the young women exploited by Epstein.