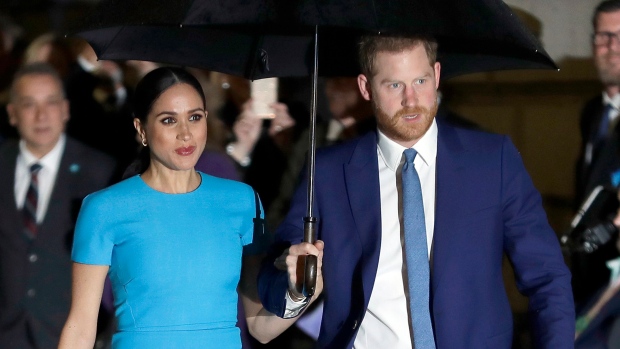 FILE - Prince Harry and Meghan, the Duke and Duchess of Sussex arrive at the annual Endeavour Fund Awards in London on March 5, 2020. The couple are suing to stop the sale of a photo of their son Archie that they say was shot at their Los Angeles-area home in invasion of their privacy. (AP Photo/Kirsty Wigglesworth, File)

LOS ANGELES - The Duke and Duchess of Sussex's foundation has helped support the completion of an emergency relief centre in the Commonwealth.

World Central Kitchen announced Wednesday that the construction of the first community relief centre in Dominica has been completed. The joint effort with Prince Harry and Meghan's non-profit Archewell Foundation aims to develop a series of four relief centres in regions of the world prone to climate disasters.

The completed centre has installed kitchen equipment using solar power. It's ready for the school's staff to cook for students and the community.

A culinary training program is expected to launch this year. The program will help equip chefs with the skills to cook and feed large numbers of people in an emergency.

Archewell and World Central Kitchen announced a joint philanthropic partnership in December. With Archewell's financial support, both entities hope to feed people in disaster-stricken areas around the world.

Last week, Buckingham Palace confirmed that Harry and Meghan would not be returning to royal duties. The couple's split from the royal family came after Harry gave up his honorary military duties.