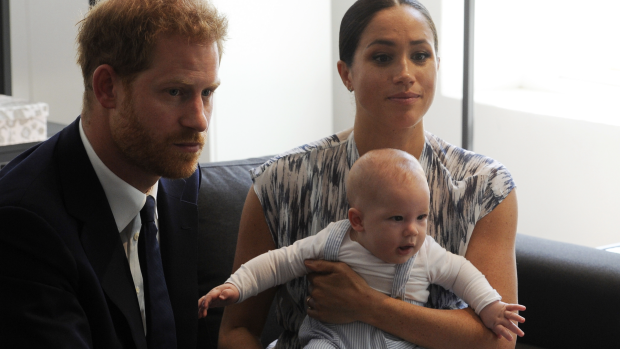 TOKYO - Britain's Royal Family is getting excited about England's appearance in the Rugby World Cup final - even its most recent arrival.

Prince Harry has sent a message of support to the England squad ahead of their title match against South Africa in Yokohama on Saturday.

Included in the message was a photo of the prince's 5-month-old son, Archie, in an England jersey.

Harry is a long-standing England fan and a patron of the Rugby Football Union. He will be attending the final this weekend.