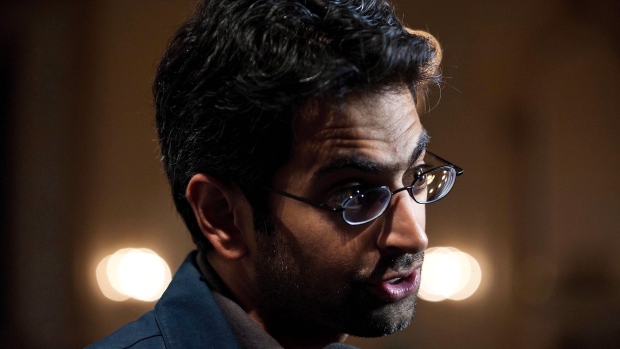 Richie Mehta speaks with media at a press conference to announce the line-up of Canadian films that will be screened at the Toronto International Film Festival, in Toronto on August 7, 2013. A drama series made by Indo-Canadian filmmaker Mehta and based on a fatal 2012 gang rape case in Delhi launched on Netflix Friday.THE CANADIAN PRESS/Galit Rodan

A drama series made by Indo-Canadian filmmaker Richie Mehta and based on a fatal 2012 gang rape case in Delhi launched on Netflix Friday.

The 23-year-old was raped and beaten by six men for hours on a moving bus she was on with a male friend in the capital city. She died two weeks later as a result of horrific injuries sustained in the attack.

The series made its world premiere at the Sundance Film Festival in January.

Mehta wrote and directed "Delhi Crime," which looks at the obstacles facing the under-resourced police officers who worked on the case, particularly a deputy female commissioner who led the investigation.

He recently told The Canadian Press the series explores issues of corruption and "pervasive cultural misogyny" and asks: "In a country with a history of denial and victim blaming, is due process possible?"