Rockin' around the Christmas tree: Rockefeller tree lit up 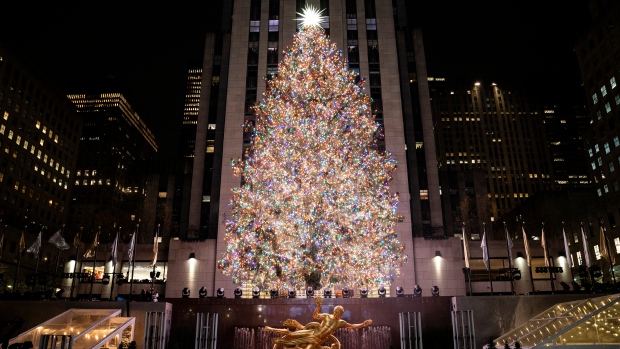 NEW YORK (AP) - The holly, jolly, best time of the year got a light-filled launch on Wednesday, when the towering Christmas tree at Rockefeller Center was officially turned on.

The 79-foot (24-meter) Norway spruce, covered with more than 50,000 lights in a rainbow of colors and bearing a crystal-covered, 900-pound (400-kilogram) star, was lit in a midtown Manhattan ceremony again open to the public, in contrast with last year's virus-impacted event.

This year's tree came from Elkton, Maryland, where it stood for more than 80 years outside a family home.

The first Christmas tree was placed in Rockefeller Center by men working there in 1931.