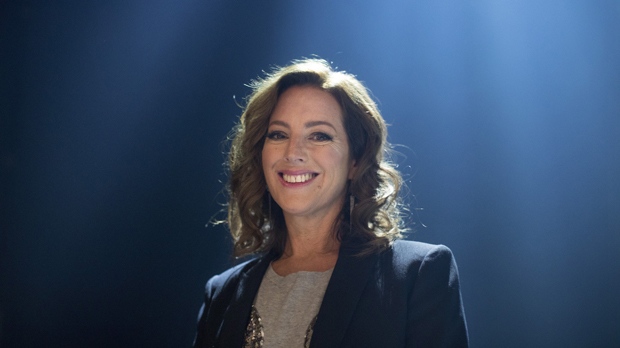 Sarah McLachlan is pictured at the Juno Awards Nominations event in Toronto on Tuesday, January 29, 2019. The 12-time Juno Award winner will host this year's awards show. THE CANADIAN PRESS/Chris Young

The league has announced the Halifax-born singer-songwriter will perform O Canada prior to Game 6 of the NBA Finals between the Raptors and Golden State Warriors at Oracle Arena.

The American anthem will be sung by Pat Monahan of pop-rock act Train.

It is the last Warriors game at the Oakland, Calif., facility before the team moves to San Francisco. The Raptors lead the best-of-seven series 3-2.

Previous renditions of O Canada at the NBA Finals in Oakland have been met with mixed reviews.

Saskatchewan-born country singer Tenille Arts faced some backlash on social media after Game 3 as several people accused her of “butchering” the anthem by veering away from its familiar tune.

Walk Off the Earth, Burlington, Ont., band, divided audiences for Game 4 when the four members gathered around a triple-necked string instrument for an acoustic folk version of “O Canada.”

McLachlan, a Juno and Grammy winner, has a history of singing O Canada to usher in historic sports moments.

She performed the anthem at Canadian football team the BC Lions' first game back at their newly refurbished home stadium in 2011. Two years later, she sang for the NHL's Vancouver Canucks home opener.