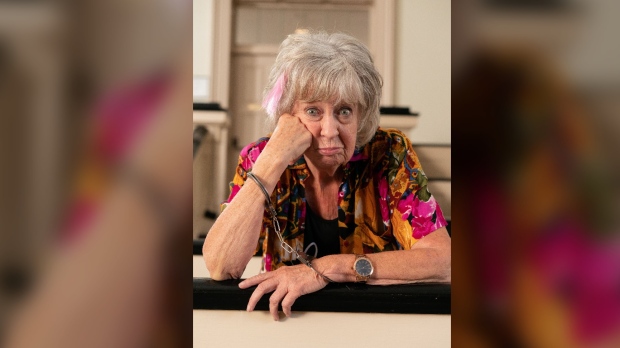 Actor Jayne Eastwood is shown in this handout image, in her starring role as the protagonist of the CBC Gem original comedy "Hey Lady!" THE CANADIAN PRESS/HO-TJ Content *MANDATORY CREDIT*

TORONTO - Oscar-nominated filmmaker Sarah Polley and renowned actors Jayne Eastwood and Lorne Cardinal were among the winners on the second night of the virtual Canadian Screen Awards.

Polley took a directing nod alongside Adriana Maggs and Will Bowes for the CBC Gem original comedy “Hey Lady!”

And Eastwood took an acting trophy for starring as the boozy and blunt “Hey Lady!” protagonist, whose favourite pasttime is “terrorizing her adult children.”

“Hey Lady!” premiered at the 2020 Sundance Film Festival and also has a cast including Jackie Richardson, Don McKellar, Scott Thompson and Peter Keleghan.

Kris Siddiqi and Nigel Downer write and star in the series, which debuted in 2019 and is described as “the classic relationship of 'The Odd Couple' meets the urban angst of 'Broad City,' crossed with the playful magic realism of 'Man Seeking Woman.”'

“Odd Squad Mobile Unit” from TVOKids was declared best children's or youth fiction program or series and also got a directing nod.

Best non-fiction web program or series went to CBC's “Canada's a Drag,” a nine-part docu-series about the art of drag performance.

And comedian Tricia Black won a supporting actor award for the web series “Band Ladies,” which streamed on Highball TV and follows five women in Toronto who turn their boring book club into a punk band.

The Canadian Screen Awards virtual presentations run through Thursday on the website and social media channels of the Academy of Canadian Cinema & Television.

This report by The Canadian Press was first published May 18 ,2021.