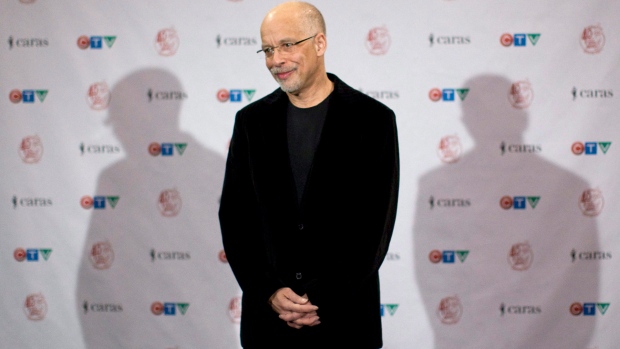 Dan Hill poses for photographers at the Juno Awards in Toronto on Sunday March 27, 2011. THE CANADIAN PRESS/Chris Young

The Toronto-born singer-songwriter, whose 1977 hit “Sometimes When We Touch” melted hearts as it climbed the worldwide charts, has been selected for induction into the illustrious home of the country's most influential songwriters.

The five-time Juno winner built his name on a spate of earnest soft rock hits he penned over his decades-long career, some of them sung by himself.

Among the best known is his passionate plea “Can't We Try,” a duet with Vonda Shepard that reached No. 6 on the Billboard Hot 100.

Hill received a Grammy for his work as co-producer on Celine Dion's 1996 album “Falling Into You.”

And throughout the 1990s, he focused on penning lyrics for some of the most prominent singers of the era, including Britney Spears, Backstreet Boys and Reba McEntire.

His song “I Do (Cherish You)” became a 1998 hit for country singer Mark Wills before it had a second life on the charts in the hands of boyband 98 Degrees a year later.

After some time away, he returned to his singer-songwriter roots with the 2020 single “What About Black Lives?” part of the yet-to-be-released studio album “On the Other Side of Here.”

Hill will be recognized in an induction on CTV's “Your Morning” breakfast television program on Feb. 10 where he will perform a medley of his most popular songs. His name will join the Songwriters Hall of Fame at the National Music Centre in Calgary.