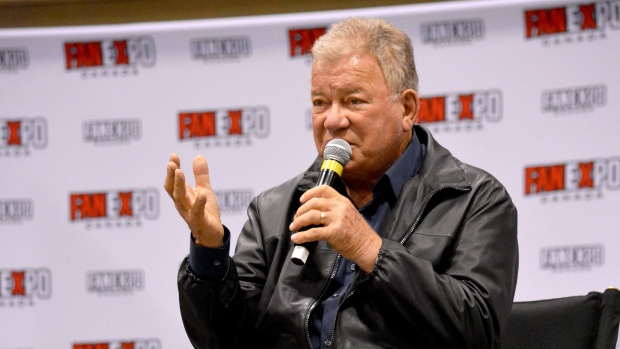 Television’s most iconic spaceship captain says actually being in space did not fill him with a sense of romance about the great void, but something more like an appreciation for the earth.

Shatner, 90, addressed a crowd at Fan Expo Canada in downtown Toronto over the weekend and shared some of his thoughts about the real-life space trip he took aboard a Blue Origin spaceship just over a week earlier.

“I’ve had some things to do with the cosmos,” the iconic Canadian actor reminded the audience.

However he said when the ship passed through the skin of air surrounding the earth and he found himself staring into space, he wasn’t thinking about light from faraway stars, or black holes or photons.

“I'm looking at black. None of the mystery of space is there,” Shatner said, likening it to the darkest cave one could be in.

“That wasn’t mystery and romance and little green men. It was blackness and death, death!”

But he said he then looked back at the earth and saw “nurturing green and beige and all the nurturing things we know about the earth; death, life. And then the most incredible feeling because I'm the age I am.”

He said he was next filled with a great sadness over the state of the environment.

"I looked at this and I felt such sadness — the elephants, the lions, the tigers — all these magnificent animals are disappearing," Shatner said.

“I mean within a child here in the audience’s life, they’ll be gone, they’ll be gone! Why? My god, I was so sad. When I got down on the ground I started weeping. I was flooded like you might be — some of you might understand what I’m saying — maybe it’s great love or a great song floods your whole being. You’re like swimming in the emotion. And that's what I was when I landed. All I could think of was this great sadness over the destruction, of what we’re doing to our earth.” 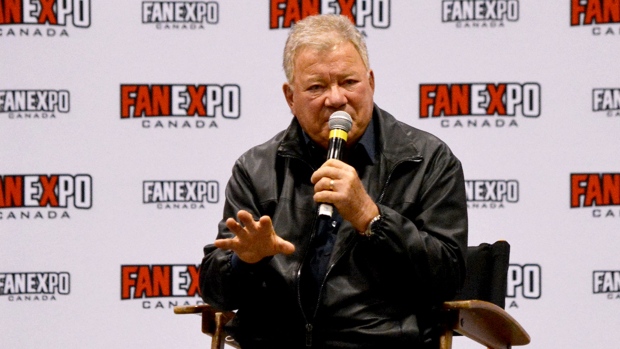 At 90, the brief trip made Shatner, famous for his portrayal of Star Trek’s Captain James T. Kirk, the oldest person ever to go to space.

Shatner also answered a number of fan questions, including one about what it was like to be in Judgment at Nuremberg, a 1961 film with an all-star cast about bringing Nazi war criminals to justice.

Shatner recalled having been a young theatre actor among Hollywood greats such as Burt Lancaster, Spencer Tracy and Judy Garland and that he managed to get on Tracy’s bad side when he complimented him about having remembered a long speech.

“I was so impressed that I ended up going up to him,” Shatner recalled. “‘Hello, my name is Shatner, Mr. Tracy and as you can see, I'm so impressed by the fact that you memorized the whole speech!’ And he said ‘I’ve been in the theatre too, Mr. Shatner’ and he never spoke to me after the compliment.”

Shatner’s appearance Friday was his first at Fan Expo since 2018. The event ran in 2019 but had to shut down a year later due to the COVID-19 pandemic. It ran this year for the first time since in a “limited edition” format.