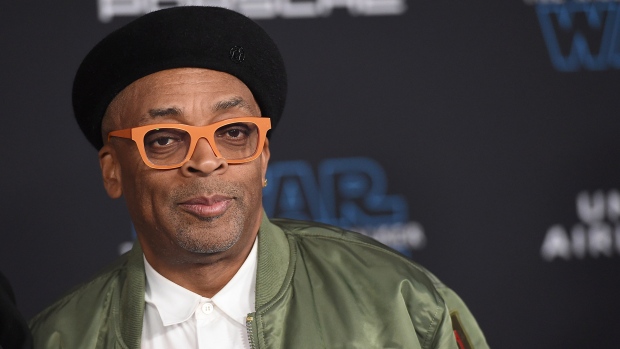 In this Dec. 16, 2019 file photo, Spike Lee arrives at the world premiere of "Star Wars: The Rise of Skywalker" in Los Angeles. Spike Lee will lead the jury of this year's Cannes Film Festival, and festival organizers hope the provocative American director will "shake things up" at the gathering of the world's cinema elite.(Jordan Strauss/Invision/AP, File )

PARIS -- Spike Lee will lead the jury of this year's Cannes Film Festival, and festival organizers hope the provocative American director will “shake things up” at the gathering of the world's cinema elite.

Lee said he was “honoured to be the first person of the African diaspora” chosen for the prestigious position.

Festival organizer Thierry Fremaux said naming the first black president of the Cannes jury wasn't a political decision, but “a message of universality.” Speaking on France's RTL radio Tuesday, Fremaux noted the diverse nationalities of jury members and directors whose films are screened at Cannes.

Many of Lee's films have been shown at Cannes, and his “BlacKkKlansman” won a major prize at Cannes last year. This year's festival runs May 12-23, and the rest of the jury members will be announced in April.

“When I got the call ... I was shocked, happy, surprised and proud all at the same time,” Lee said in a letter. He said Cannes “changed the trajectory of who I became in world cinema.”

Without explicitly mentioning Lee's career-long fight against racism or other political views, the festival said in a statement Tuesday: ”Lee's perspective is more valuable than ever. Cannes is a natural homeland and a global sounding board for those who (re)awaken minds and question our stances and fixed ideas.“