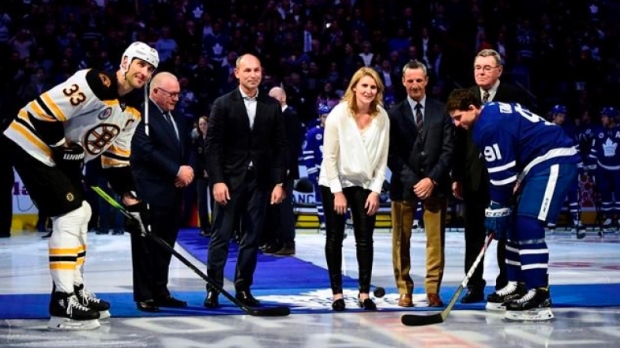 In fact, it's possible that Sportsnet may eventually take the long-running “Hockey Night in Canada” segment in a different direction.

Cherry's nearly four-decade run on Hockey Night ended this past Monday. He made on-air comments last Saturday night which many felt were critical of immigrants for not wearing Remembrance Day poppies.

Segment co-host Ron MacLean, who apologized last weekend, said this week he intends to address the matter on Saturday. MacLean did not immediately return a phone message seeking comment.

HNIC was a longtime CBC Saturday night staple, but the show and its games moved to Sportsnet when Rogers landed a lucrative long-term broadcast rights deal with the NHL that began in 2014. “Coach's Corner” and HNIC are still broadcast on CBC in a sub-licensing deal with Rogers Media, which owns Sportsnet.

Cherry's departure sparked much discussion among hockey fans about what the future of the popular segment might hold.

The 85-year-old native of Kingston, Ont., joined HNIC in 1980 as a playoff analyst and was so popular that he was kept on as a colour commentator. CBC later created “Coach's Corner” as a vehicle to showcase Cherry with MacLean eventually replacing Dave Hodge as his sidekick.

Several candidates would be qualified to replace Cherry if Sportsnet elects to stay with the current format.

Former hockey executive and current Sportsnet analyst Brian Burke is listed as the early betting favourite (+125), according to odds released this week by sportsbook Bodog.