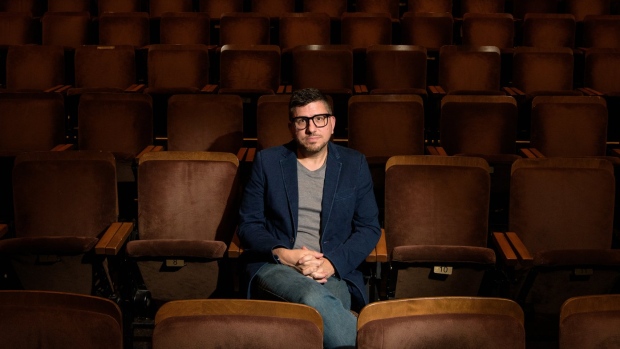 Theatre companies struggling to fill vacant seats say they hope a newly announced multimillion-dollar donation to key players in the sector will give them the boost they need.

The Slaight Family Foundation announced Wednesday it will give $15 million to 22 Canadian theatre companies, which floundered over the course of the COVID-19 pandemic. As live venues, they were among the first to close and last to open due to public health measures that attempted to control viral outbreaks.

And even after restrictions were largely lifted across Canada, those in the industry say it's been hard to attract audiences back to the stage.

"We've all become, in the past couple of years, way more conscious about what we spend our money on, what risks we take, if we're going to go out in public and then continue to risk getting COVID. The calculus is a lot more complicated now than it used to be," said Gideon Arthurs, executive director of Toronto's Soulpepper Theatre Company.

The company is set to receive a $1.5-million chunk of the Slaight Family Foundation donation, which Arthurs said will allow Soulpepper to take attention-grabbing creative risks.

"People come out when they know that the thing is … really a capital E 'Experience.' And that's what we need to do as theatre companies," Arthurs said.

That could mean a production with a big cast, or it could mean tackling a big idea, he said.

"Plays that are brave, that speak truth to power, that help people whose voices have been silenced to express themselves," Arthurs said.

The donation will also allow passionate professionals to return to the vocation they see as more than a job, he added.

"It wasn't just a matter of business interruption. You know, nobody works in the performing arts because it's really well paying," he said. "This is work that people do because it's what nourishes their soul.

"For a couple of years, so many people in the sector just sat at home, wondering if the thing that they were most passionate about would ever come back again."

Gary Slaight, the broadcasting executive who now oversees the Slaight Family Foundation, said he was convinced to give the cash infusion after seeing how the industry was struggling.

"We feel that all industries in the arts sector should have the opportunity to survive," he said.

"The end goal was to create productions that the theatres could show on stage so they could draw people back in to watch the plays."

The National Arts Centre and National Theatre School are each receiving $1.5 million, as are the Stratford Festival, Shaw Festival Theatre, Young People's Theatre and Crows Theatre.

The Banff Centre for Arts and Creativity will get a $750,000 chunk of the donation, while the Toronto Fringe Festival and Luminato Festival Toronto are each receiving $125,000.

For the Obsidian Theatre Company and its artistic director, Mumbi Tindyebwa Otu, a $250,000 donation will mean a little bit of breathing room.

"We are just excited about the opportunity to dream, and to shift from just being in a place of survival mode of trying to keep the art form alive ... to having this money that we were not planning for," she said.

Tindyebwa Otu said the company was thrilled to see pandemic restrictions lifted over the past year, because they thought things would return to some semblance of normalcy.

Instead, the unpredictable virus added to the stress of live theatre.

One of their productions did see an outbreak in the rehearsal hall, Tindyebwa Otu said.

"That was just really challenging to then be in a position of having to think very quickly about how to not lose the work — getting understudies, and cutting or cancelling performances."

Tindyebwa Otu said the work a culturally specific company like Obsidian does feels particularly important, as its mandate is to produce plays while developing playwrights and elevating Black theatre professionals, and a donation like the one they're receiving is rare.

"This is such a huge deal for us, this funding, because as a cultural organization, we just historically have not had access to private donors," she said. "We don't have those numbers in our in our contact list. It's really exciting, and I hope it's the beginning of a new chapter for the company."