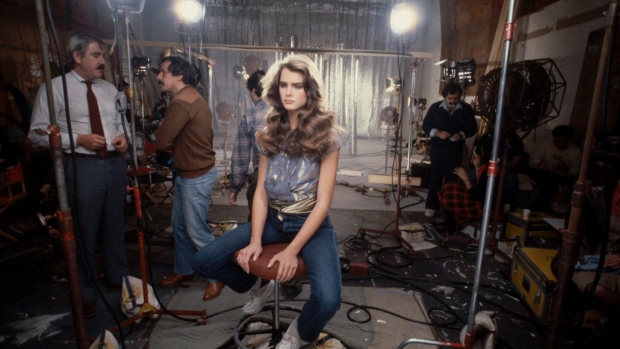 Documentaries about Brooke Shields, Judy Blume and Michael J. Fox, films from veteran directors like Nicole Holofcener, an adaptation of the viral New Yorker story “Cat Person” and the feature directorial debut of actors Alice Englert and Randall Park are among the world premieres set for the Sundance Film Festival in January.

Programmers for the world's most prestigious showcase for independent films announced the lineup for the 2023 edition on Wednesday. After two pandemic hobbled years, plans are in motion to return to Park City in full force for the festival which runs from January 19 through January 29, with stars like Anne Hathaway, Tiffany Haddish, Julia Louis-Dreyfus, Alexander SkarsgÃ¥rd, Gael Garcia Bernal, Cynthia Erivo, Daisy Ridley and Jonathan Majors headlining some of the 101 feature films in the slate. Tickets are currently on sale.

“First time filmmakers are in the DNA of the festival. We're always looking to find fresh voices to champion,” said Kim Yutani, the festival's director of programming. “It's such a pleasant surprise to look back and see those numbers and our program and to know that that organically happens.”

As always, there are exciting documentaries about well-known names. Lana Wilson's “Pretty Baby: Brooke Shields” charts the actor and model's early days, when photographers and filmmakers depicted Shields in sexualized way as a very young girl, and how she found her agency. Davis Guggenheim in “Still: A Michael J. Fox Movie” looks at what happens when “an incurable optimist confronts an incurable disease.” There are also documentaries about Little Richard, food writer Ruth Reichl, pioneering Black fashion model Bethann Hardison and the Indigo Girls.

In the U.S. Dramatic Competition, the section in which “CODA” debuted in 2021 before going on to win best picture at the Oscars, Molly Gordon and Nick Lieberman make their debut with “Theater Camp,” a Will Ferrell-produced comedy about a rundown theater camp in upstate New York scrambling to get ready for summer that stars Ben Platt. Jonathan Majors plays an amateur bodybuilder in Elijah Bynum's “Magazine Dreams,” while Daisy Ridley shows her non-Star Wars chops in Rachel Lambert's “Sometimes I Think About Dying,” which is among the day one premieres.

“Shortcomings,” an adaptation of Adrian Tomine's graphic novel, is the debut of “Fresh Off the Boat” star Randall Park, who directs Justin H. Min, Sherry Cola and Ally Maki in a comedic, irreverent look at Asian Americans in the Bay Area.

Also making her feature directorial debut is Alice Englert with “Bad Behaviour,” a mother-daughter film about a former child actor, played by Jennifer Connelly, and mother to a stunt-performer daughter, who is looking for some enlightenment. Englert, whose own mother is Jane Campion, plays the daughter in the dark comedy about a toxic, co-dependent relationship, co-starrinng Ben Whishaw as a new age guru. Whishaw can also be seen alongside Adele Exarchopoulos in Ira Sachs' “Passages” about attraction and emotional abuse.

There are dozens of documentaries that focus on some of the most pressing issues of the moment, too, like Razelle Benally's “Murder in Big Horn,” about the deaths of Native women in rural Montana, Tracy Droz Tragos' “PLAN C” about a grassroots organization in the U.S. fighting to expand access to abortion pills, and Nancy Schwartzman helps uncover a troubling pattern of women reporting sexual assault who are then charged with creating a false report in “Victim/Suspect.” “20 Days in Mariupol,” directed by AP videojournalist Mstyslav Chernov in partnership with Frontline, gives an unprecedented look at the work of Ukrainian journalists trapped in Mariupol at the beginning of the Russian invasion.

Fans of “The Bear” may take interest in “Fremont,” about a former military translator who now works at a Chinese fortune cookie factory and features a supporting performance from Jeremy Allen White, while Ayo Edebiri co-stars in “Theater Camp.”

“Succession” watchers will also find some of the show's stars various films throughout the slate, like Sarah Snook getting to use her native Australian accent in Daina Reid's “Run Rabbit Run,” about a fertility doctor grappling with ghosts from her past, and Nicholas Braun who lends a supporting hand in Susanna Fogel's adaptation of “Cat Person,” starring Emilia Jones as the college student who gets involved with a 30-something man.

Jones also anchors “Fairyland,” the Sofia Coppola-produced and Andrew Durham-directed adaptation of Alyssa Abbott's best-selling memoir about a father-daughter relationship in San Francisco at the dawn of the AIDs crisis.

The premieres section, which has debuted the likes of “Promising Young Woman” and “The Big Sick,” has many starry options. Thomasin McKenzie and Anne Hathaway co-star in William Oldroyd's “Eileen” about a young secretary who becomes fascinated with a glamorous new counselor at the prison where she works in Massachusetts in 1964.

Sundance veteran and documentary director Roger Ross Williams makes his narrative debut with “Cassandro,” starring Gael Garcia Bernal as Saul Armendariz, a gay amateur wrestler from El Paso who becomes an international star. And Nicole Holofcener reunites with Julia Louis-Dreyfus for “You Hurt My Feelings,” about a novelist who overhears her husband's “honest reaction” to her new book.

Senior programmer John Nein noted that there are quite a few diaspora films represented in the various sections as well.

“They reflect the changing film cultures of some of the places from which they come,” he said.

Noora Niasari's “Shayda” is about an Iranian woman (played by Zar Amir Ebrahimi ) with a 6-year-old daughter seeking refuge from an abusive relationship in a shelter in Australia. From the United Kingdom, there is “Girl,” from Adura Onashile about an 11-year-old and her mother who are from Africa. In the midnight section there is Nida Manzoor's fun genre piece “Polite Society” about a wedding heist. And from the U.S., Sing J. Lee has “The Accidental Getaway Driver” about a Vietnamese cab driver taken hostage by escaped convicts in California.

“These filmmakers reflect the world around us through bold and thrilling storytelling,” said Joana Vicente, CEO of the Sundance Institute. “It is critical for the arts to foster dialogue, especially during unprecedented times - these stories are needed to provoke discussion, share diverse viewpoints, and challenge us.”