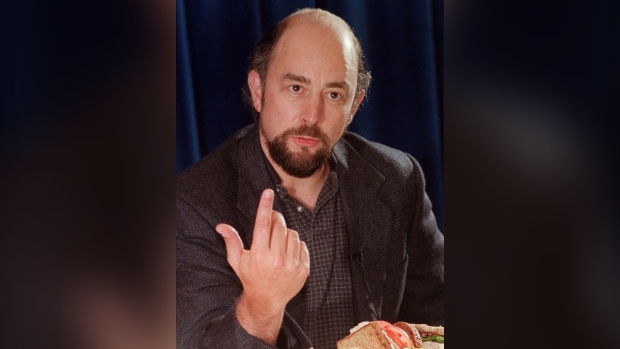 VANCOUVER - Actor Richard Schiff, who appears on the Vancouver-filmed TV series “The Good Doctor,” has been hospitalized with COVID-19, three weeks after testing positive for the virus.

The 65-year-old American performer, who stars as president of the St. Bonaventure Hospital on the medical drama, said on his Twitter account Monday that he's being treated with the antiviral medication remdesivir, oxygen and steroids.

He added that he's “showing some improvement every day.”

Schiff tested positive along with his wife, Sheila Kelly, also an actor on the show, on Nov. 3 while filming the latest season of the series.

Kelly said in a post last week they did not contract the virus on the set, but were quarantined at home in Vancouver.

In another update on Tuesday, after Schiff's hospitalization, Kelly wrote that “the last 72 hours have been tough.”

“Thank you for all your prayers and love. We feel them. He's doing better. Getting stronger,” she said.

Sony Pictures Entertainment had no comment on Schiff's condition on Wednesday.

“The Good Doctor,” which airs on ABC and CTV, was continuing filming in Vancouver as of last week.

The latest season, which began airing earlier this month, sees the doctors dealing with the fallout from the COVID-19 pandemic.

The writing staff includes doctors who've helped come up with the pandemic storylines.