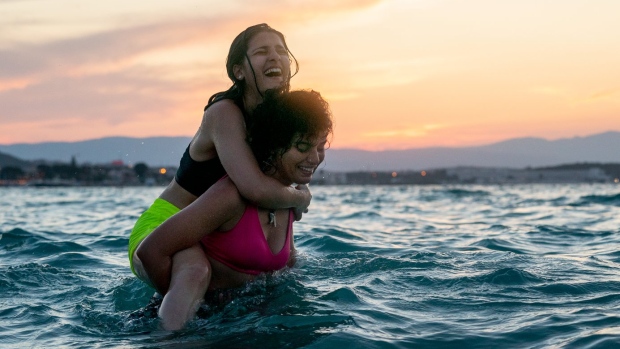 The world premiere of 'The Swimmers' will be the opening night gala presentation for the 47th Toronto International Film Festival. Nathalie Issa as Yursa, and Manal Issa as Sarah (left- right) are shown in a scene from The Swimmers. THE CANADIAN PRESS/HO - Netflix/Laura Radford.

“The Swimmers,” a movie about two sisters fleeing Syria, will be the opening night gala presentation at the Toronto International Film Festival.

The film from director Sally El Hosaini is based on the true story of the Mardini sisters, who were forced to swim for hours alongside their overloaded boat to reach Greece from Turkey in 2015.

El Hosaini says the film, which is produced by Working Title and Netflix, is a good fit for a city as diverse as Toronto.

Previous opening night films include “Dear Evan Hansen” and “Once Were Brothers: Robbie Robertson and the Band.”

TIFF has been rolling out its lineup one at a time this year, rather than announcing it all at once.

This report by The Canadian Press was first published July 27, 2022.