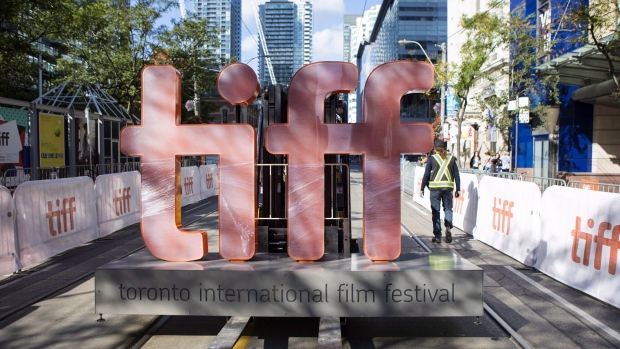 A sign bearing the Toronto International Film Festival logo is carried on a forklift down street in Toronto as preparations are made for the festival's opening night on September 7, 2017. THE CANADIAN PRESS/Chris Young

TORONTO - The organization behind the Toronto International Film Festival has launched its own online platform for renting films.

Digital TIFF Bell Lightbox comes after last month's announcement that TIFF will have a digital platform in September.

Organizers say the festival, slated to run Sept. 10-19, will be a mix of physical and online experiences adhering to COVID-19 health and safety protocols.

Digital TIFF Bell Lightbox will offer feature films, talks and interviews until Aug. 14, after which the platform will be preparing for the festival.

In mid-October, year-round presentations of films and events will resume at digital TIFF Bell Lightbox.

The first available titles on the platform are "First Cow" by American director Kelly Reichardt and "Guest of Honour" by Canadian filmmaker Atom Egoyan.