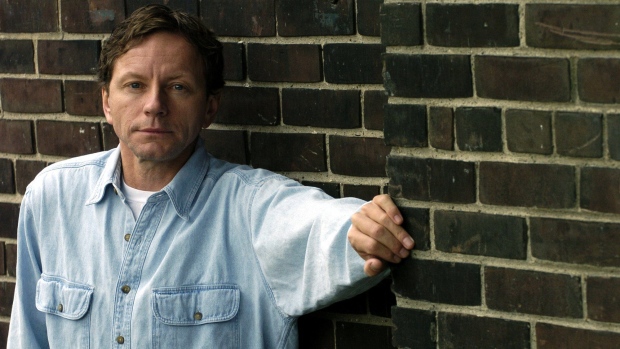 Canadian stage and film actor Brent Carver has died at the age of 68 at his home in Cranbrook, British Columbia. Brent Carver poses during dress rehearsal for Lord of the Rings, in Toronto, Friday, Oct. 28, 2005. THE CANADIAN PRESS/Aaron Harris

CRANBROOK, B.C. - Award-winning Canadian stage actor Brent Carver is being remembered for his natural love of theatre and zest for life.

Longtime friend Janice Thomson shared a statement on behalf of Carver's family announcing that he died Tuesday in his birthplace of Cranbrook, B.C., - his favourite place on earth.

His family says it was a proud moment when he won the Governor General's Performing Arts Award for Lifetime Artistic Achievement in 2014.

Carver won the 1993 Tony Award for best actor in a musical for his starring role in “Kiss of the Spider Woman.”

In 1999, he was nominated in the same category for his role in “Parade.”

He also had film and TV roles in “The Legend of Sleepy Hollow,” “Millennium” and “Due South.”

“Blessed with many talents and a natural love of theatre, Brent was always known as a first-class performer, unique in the presentation of his craft, delighting audiences through film, TV, stage and concert performances,” the family statement said.

They said he will be remembered as a kind, gentle and gifted man.

“His love of performing was matched only by his zest for life and lifetime devotion to family, friends and treasured pets,” the Carver family said.

“Thank you to the performing arts community for embracing our Brent and helping him fulfil his dreams with joy in his heart. Brent will be missed.”

The Stratford Festival, in which Carver performed for nine seasons, said it was devastated by the news.

“Brent was an artist who demanded the utmost of himself, opening up his heart to reveal the pain and beauty of life,” artistic director Antoni Cimolino said in a statement.

Carver performed alongside Christopher Plummer in the festival's New York production of “King Lear” in 2004.

His final Stratford performances were in 2017 for “Twelfth Night” and “The School of Scandal.”

“He was singular: an original in every sense,” Cimolino said. “And yet his heart was so big it encompassed us all and made us one.”

The Stratford news release said Carver is survived by two sisters, two brothers and many nieces, nephews and grand-nieces and grand-nephews.

The family is to hold a private memorial on Monday. The Stratford Festival said it will hold a celebration of life “when public health conditions allow.”

- By Lauren Krugel in Calgary

This report by The Canadian Press was first published on August 6, 2020.