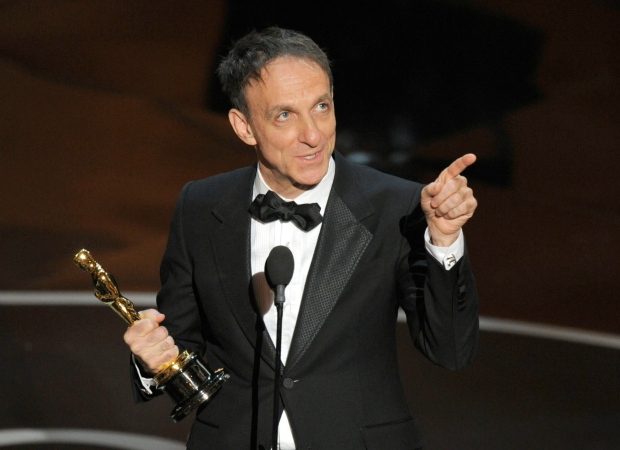 Mychael Danna accepts the award for best original score for "Life of Pi" during the Oscars at the Dolby Theatre on Sunday Feb. 24, 2013, in Los Angeles. (AP/ Invision/ Chris Pizzello)

LOS ANGELES -- Toronto composer Mychael Danna has won an Oscar for best original score for his work on "Life of Pi."

The musician bested giants in the field including Dario Marianelli for "Anna Karenina," Alexandre Desplat for "Argo," John Williams for "Lincoln" and Thomas Newman for "Skyfall."

Last month, Danna won the Golden Globe in the same category for his work on "Life of Pi."

At the Oscars, the musician was also nominated for best original song for "Pi's Lullaby."

"Life of Pi" marked the third collaboration between Danna and director Ang Lee.

Danna credits his career in film to longtime friend and director Atom Egoyan, who hired him to score all of his movies.