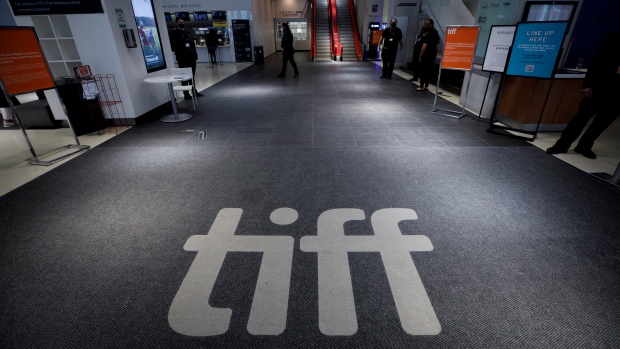 TORONTO - An Alanis Morissette documentary and a special IMAX event for Denis Villeneuve's “Dune” are among the offerings in the upcoming Toronto International Film Festival, which organizers say has more of a “big theatrical experience” than last year's pandemic-tailored movie marathon.

The 46th edition runs Sept. 9 to 18 with more than 100 films screening digitally and in-person at TIFF Bell Lightbox, Roy Thomson Hall, the Princess of Wales Theatre and the Cinesphere Theatre at Ontario Place.

For the first time, TIFF's Film Circuit outreach program will host in-cinema festival screenings for one night at venues across the country, with details yet to be announced.

With Ontario and Canada accelerating the COVID-19 vaccine rollout, organizers say the festival is able to have more in-person venues and a bigger lineup than last year.

The previous edition had about 60 features with screenings online and at the Lightbox, two drive-ins and the open-air cinema.

“For us there are two big themes this festival: one is just how excited we are about bringing people back to the cinemas, and afterwards we'll be reopening the TIFF Bell Lightbox,” TIFF co-head and executive director Joana Vicente said in an interview.

“The other is really leading the conversation around the necessity of representation. Diversity, equity and inclusion will be part of (the whole festival), whether it's our industry activities, our talks, and also be reflected in the selection as well.”

The festival will also screen the highly anticipated sci-fi epic “Dune,” co-written and directed by Quebec's Villeneuve, as a world exclusive IMAX special event at the Cinesphere Theatre at Ontario Place. TIFF will also screen “Dune” at theatres in Toronto and Montreal.

The big-screen adaptation of Frank Herbert's 1965 novel will arrive at TIFF after making its world premiere at the Venice Film Festival on Sept. 3.

Other films announced for the 10-day event include the documentary “Dionne Warwick: Don't Make Me Over” by Dave Wooley and David Heilbroner, about the American singing legend.

Kenneth Branagh directs the family drama “Belfast,” starring Judi Dench in a story of a young boy growing up in the same era the 60-year-old filmmaker did.

Saskatchewan-born Cree/Metis filmmaker Danis Goulet will screen her buzzy Indigenous sci-fi thriller “Night Raiders” at TIFF, after the Canadian co-production made its world premiere at the Berlin International Film Festival in March.

Another Canadian co-production bound for TIFF is the animated “Charlotte,” directed by Eric Warin and Tahir Rana and set during the Nazi occupation of France.

The festival has yet to announce premiere status of films in the lineup. More titles will be announced throughout the summer.

TIFF will also have a retrospective of prolific Indigenous filmmaker Alanis Obomsawin's body of work, co-presented with the National Film Board of Canada.

Despite the challenges of COVID-19 in the screen industry, TIFF co-head and artistic director Cameron Bailey said the festival received a “bumper crop” of nearly 7,000 film submissions, most of which were made during the pandemic. The films will be eligible for the usual awards, including the People's Choice prize.

Bailey said it feels like a uniquely “pan-Canadian festival,” with screenings across the country and on the digital TIFF Bell Lightbox and TIFF Bell Digital Talks platforms, which will be geocached to Canada for public audiences. The digital platform for press and industry will be open to international audiences.

Vicente said they wanted to continue with the digital platform to reach wider audiences and provide access to those who might not be able to travel to Toronto.

At the same time, they wanted to remind audiences “of the magic of the shared experience in a dark room” after a devastating year for cinemas, she added.

With pandemic protocols changing rapidly and the highly contagious Delta variant circulating, many festival logistics are still to be determined.

Vicente said they're working with medical experts as well government officials on safety protocols and can't yet say what the audience capacity will be for in-person screenings, which will be socially distanced with mask-wearing and have no concession-stand sales nor rush ticket lines.

She said they hope that by September, film talent will be allowed to travel to Canada and maybe walk an indoor red carpet, but they don't anticipate using any volunteers this year.

Like last year, the TIFF Tribute Awards will be broadcast nationally by CTV and streamed internationally by Variety. Vicente said the one-hour show might have some live elements but will largely be pre-recorded, hopefully with talent who will be in Toronto.

While some big U.S. events require attendees to provide proof of vaccination, Vicente said TIFF hasn't made any decision on that subject.

Bailey said this has actually been a more challenging year than last year “because there's been so much change.”

“Last year, we were all hit with the pandemic all over the world roughly in similar ways, and we were all responding,” he said. “Now, we're in a place where things are in different stages in different places.”