Extending benefits to families of single soldiers would cost $3M

OTTAWA - Veterans Affairs examined but rejected expanding a death benefit paid to families of soldiers killed in the line of duty, say documents filed in a human-rights case that alleges discrimination based on marital status.

The $250,000 payout policy is being challenged in a tribunal hearing that begins Monday in London, Ont.

The father of an unmarried soldier who was ineligible to receive the benefit launched the challenge in 2007.

Lincoln Dinning says the policy, enacted as part of the massive benefits overhaul in the New Veterans Charter, amounts to discrimination because it treats soldiers differently based on marital status. The $250,000 death benefit is paid only to the families of married soldiers.

The Wingham, Ont., man's son, Cpl. Matthew Dinning, was killed by a roadside bomb in Kandahar almost five years ago.

"This program may be viewed as placing a greater value on the life of a married soldier than a single soldier," said a Dec. 14, 2007, paper.

The legal justification for sticking with the status quo is blacked out in the documents, although the paper estimates expanding the benefit to cover all soldiers -- married and single -- would cost about $3 million a year under the current wartime conditions.

Less than half of the 154 soldiers killed in Afghanistan have been single.

The disclosure of more than 200 pages of partially censored documents came just before the hearing date.

Dinning said lawyers representing Veterans Affairs have likely seen the uncensored versions and therefore have an advantage in the case.

When a married Canadian soldier is killed in action, the surviving spouse and children are eligible for a one-time, $250,000 lump-sum to help them with the costs of transitioning to civilian life. The cash is on top of whatever life insurance a soldier may carry.

Under the old system, the federal government paid only a supplementary death benefit, calculated at two times the member's annual earnings. The cash went to the spouse, or another designated beneficiary of the soldier. If there was no beneficiary, the money would go into the estate.

The $250,000 payment under the new charter was described as an improvement by federal officials, but in order to implement it in 2005-06 they had to narrow the existing definition of eligible survivor.

The charter was conceived under Paul Martin's Liberals, but enacted under Stephen Harper's Conservatives.

Dinning's argument is supported by the Royal Canadian Legion, according to the disclosure documents. The country's leading voice for veterans' care urged its members in June 2009 to write their MPs and the minister at the time, Greg Thompson.

"How can our government or Veterans Affairs make the distinction that one life is worth more than another life?" said a letter that went out to Legion members. "Do parents, siblings and grandparents suffer less than a spouse?"

Veterans Affairs has argued that the death benefit is not life insurance and the payout is specifically targeted at families. Lawyers for the department, in written submissions, have said the federal government isn't obliged to pay compensation in every circumstance.

Dinning said the case is not about money.

"There must be something here, otherwise the human-rights investigator wouldn't have recommended a hearing," he said.

The Conservatives recently passed changes to the charter after criticism that the most severely disabled soldiers, in the lowest ranks, were short-changed by the system.

Four years ago, Dinning battled with Ottawa over the Defence Department's funeral stipend for fallen soldiers, which had not been raised in a decade. 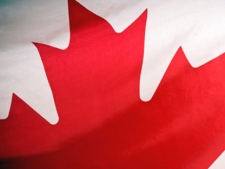