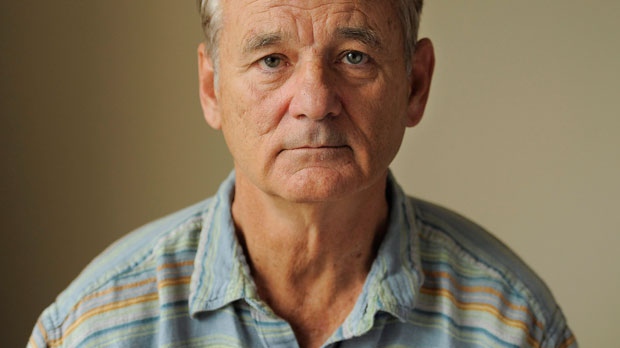 Bill Murray poses for a portrait at the 2012 Toronto Film Festival, Sunday, Sept. 9, 2012, in Toronto. (Photo by Chris Pizzello/Invision/AP)

Festival organizers announced Thursday that they were dedicating one day of their 2014 movie marathon to the wise-cracking star.

The day will include free public screenings of his comedy classics "Stripes," "Groundhog Day" and "Ghostbusters," beginning at 10 a.m. at the TIFF Bell Lightbox.

Murray will attend the fest to promote his latest feature "St. Vincent," in which he plays a curmudgeonly retiree who befriends his next-door neighbour's 12-year-old son.

Diehard fans who attend all three of the free screenings can enter a contest to win a ticket to the world premiere screening of the new film.

Tickets to enter the free screenings will be available Sept. 5 at 8 a.m. ET at the Lightbox.

Stars of the silver screen sit down to talk about their projects at the Toronto International Film Festival.

Stars spotted out and about at TIFF

WATCH LIVE: Talking to the stars